University of Wisconsin moves rock seen as symbol of racism 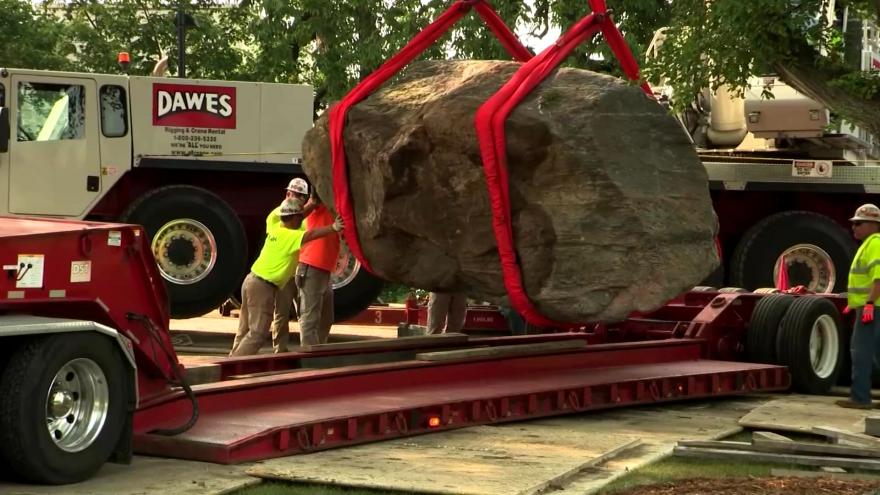 MADISON, Wis. (AP) — The University of Wisconsin removed a large boulder from its Madison campus at the request of minority students who view the rock as a symbol of racism.

Chamberlin Rock, on the top of Observatory Hill, is named after Thomas Crowder Chamberlin, a geologist and former university president.

Students of color on campus say the rock represents a history of discrimination.

It was referred to as a derogatory name in a Wisconsin State Journal story in the 1920s, at a time when the Ku Klux Klan was active on campus.