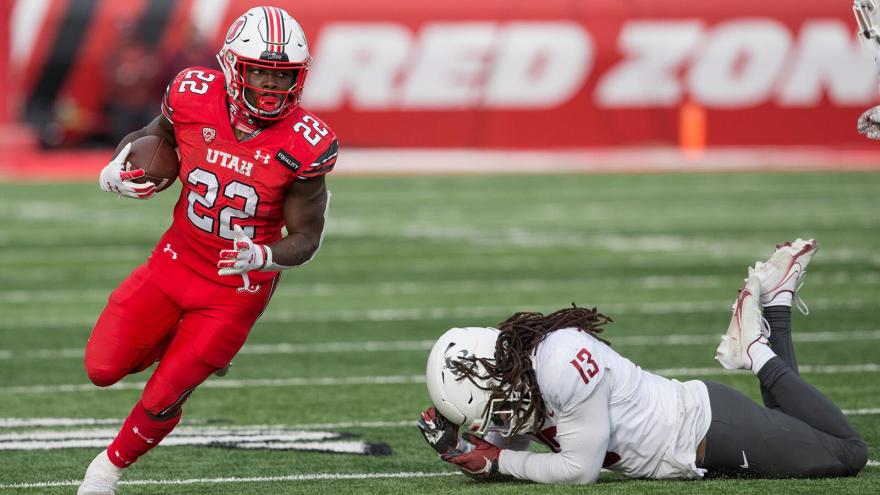 University of Utah running back Ty Jordan was named the Pac-12 Conference Offensive Freshman Player of the Year last week. He passed away at the age of 19.

(CNN) -- University of Utah star freshman running back Ty Jordan has died at the age of 19, the school announced on Saturday.

Jordan was named the Pac-12 Conference Offensive Freshman Player of the Year last week. The native of Mesquite, Texas, rushed for 597 yards and scored six rushing touchdowns in a shortened, five-game season for the Utah Utes.

No cause of death was provided.

"Ty's personality and smile were infectious and he made a huge impact on our program in the short time he was with us. He leaves an indelible mark on each of us and our thoughts and prayers go out to his family and friends. From the bottom of our hearts, all of us in the Utah Football Family want to say we love you Ty and may you rest in peace."

Whittingham also tweeted that he knew Jordan would be a great player even before he stepped on campus.

"He was a light, always with a smile on his face," Whittingham wrote. "One of the hardest working and most humble guys we've seen come through this program. We love you, Ty."

Utah director of athletics Mark Harlan said, "Our priority is on supporting his family and the student-athletes, coaches and staff in our football program who are so deeply hurting right now."

Last year, a photo of Jordan and an opposing player went viral, showing the two kneeling and praying after a high school football game.

Jordan's aunt took a photo of the moment in appreciation of the gesture, according to KXII, which was widely shared on social media.

"To see that it blew up I was very surprised by it, and I wasn't expecting it to be like that you know, I was just doing it for him and doing it for his mom and his family," Smith said.

Jordan revealed in a tweet in August that his mother passed away.

"RIP my brotha I know you're in a better place," Utah linebacker Devin Lloyd wrote on Twitter.