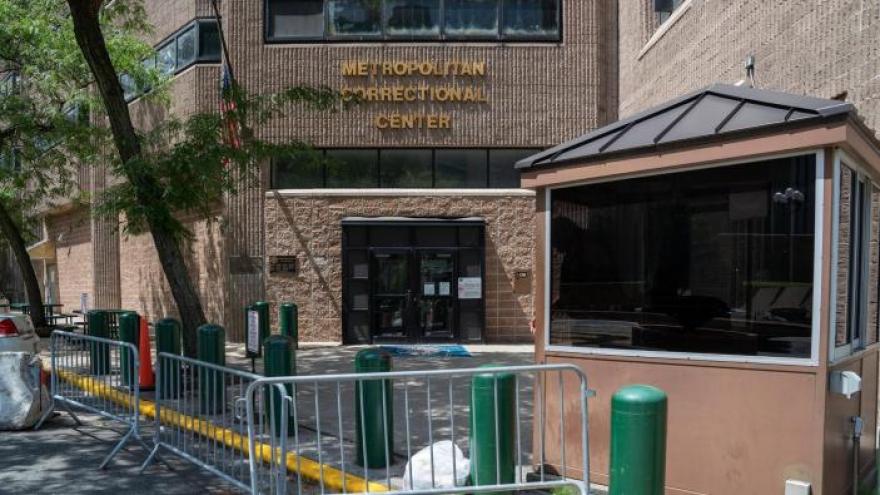 Staffing shortages at the Bureau of Prisons are dire and widespread, according to agency employees and lawmakers who say they've been warning the Justice Department about the problem and demanding changes for years.

(CNN) -- Staffing shortages at the Bureau of Prisons are dire and widespread, according to agency employees and lawmakers who say they've been warning the Justice Department about the problem and demanding changes for years.

Attorney General William Barr has launched investigations into Jeffery Epstein's death. But earlier this year, he referred to delays in hiring new people at the Bureau of Prisons as a "snafu" caused by bureaucracy in the federal prison system.

Epstein's suicide has exposed what the employee union says are chronically overworked and short-staffed conditions at the Metropolitan Correction Center in Manhattan, including forced overtime and officers reassigned to guard duty.

A key US Senate committee has also repeatedly told the Justice Department to hire full-time correctional staff and end an "overreliance" on the type of reassignments that have existed in the MCC and elsewhere.

The Justice Department said Tuesday that it was reassigning the warden at the MCC and it was suspending two guards at the facility. The department didn't identify the guards or say whether they were the ones on duty and assigned to monitor Epstein when he died.

Days after Epstein's death, BOP officials and FBI investigators are still piecing together even basic details of the incident such as how he was found and how long he was dead before an employee found him, people briefed on the matter said. Some employees have refused to cooperate with investigators and have hired lawyers, people briefed on the matter said.

There were cameras with a view of the hallway outside Epstein's cell but whether they showed anything or were operational -- and if not, why -- remain in question. That some basic details aren't clear suggests that whatever video exists doesn't show what happened.

A BOP suicide reconstruction team began working Tuesday to try to determine why Epstein killed himself. A BOP after action team, which looks into major incidents, is slated to arrive Wednesday to begin its work. That team is led by BOP's southeast regional director and will bring in others from outside the northeast to review the Epstein case.

Two MCC guards were on duty and responsible for checking on Epstein every 30 minutes -- checks that weren't made for hours.

Of the two officers who would have had responsibility to monitor Epstein, one is not currently a detention guard, but was temporarily reassigned to that post, according to a person briefed on the matter. The guard, a man not identified by officials, had previously been trained as a corrections officer but had moved to another position. BOP rules allow for people who work in other jobs, such as teachers and cooks, to be trained to fill in at posts usually manned by corrections officers.

The second guard on Epstein duty, a woman, was a fully trained corrections officer, according to the person briefed on the matter.

Eric Young, national president of the American Federation of Government Employees, Council of Prison Locals, which represents BOP employees, says a hiring freeze put in place at the start of President Donald Trump's presidency is the root of nationwide problems at federal prisons.

He called the situation "dire," with decreased staffing levels the root cause of issues from contraband getting in to safety of correctional workers and inmates.

AFGE represents workers at 122 facilities nationwide and BOP employs roughly 33,000, according to Young. That number was once at 38,000 workers but after the Trump hiring freeze, the problem was never fixed.

The Justice Department says Barr lifted the freeze in April and that BOP has been recruiting to fill positions. It typically takes months to bring on new federal employees.

"We felt betrayed," Young said of the hiring freeze. "Mr. President, we work for you. You say you're a law and order president and we thought we were going to reap the benefits of that, but we didn't."

In addition, more vacancies could soon be on the way; Young says an estimated 5,000 people are eligible for retirement at the end of the year.

A Justice official says the department's hiring freeze applied to positions in BOP regional offices and at the bureau's headquarters, not to prison facilities. The official said the BOP's hiring practices -- filling positions one at a time -- caused delays in hiring. The bureau also faced staff losses from retirements. Barr in April ordered the bureau to speed up hiring by filling open positions concurrently.

At the same time, employee and inmate numbers decreased. Prisoner releases have accelerated as a result of criminal justice revisions in the Obama and Trump administrations.

To combat the drop in workers, BOP officials have been offering a retention bonus, which gives workers a 5% bonus if they decide to stay instead of retiring, Young said. They also have allowed retired correctional officers to come back on a part-time basis to ease the staffing issues at hard-to-staff prisons, Young said. The agency also approved the addition of 3,000 temporary positions for entry level workers.

Officials also offered workers a 10% relocation bonus if they opted to work at facilities that are hard to staff like MCC in New York, Hazelton in West Virginia, the Metropolitan Detention Center in Los Angeles and others. Part of the relocation agreement is for staffers to stay at the facility for at least two years.

Young draws the correlation of fewer guards to safety, saying the problem came to a head early Saturday morning in New York.

"Time was not on our side before Epstein killed himself," Young said. "We were on the right course of hiring but we just couldn't do it fast enough. We were stalemated by Trump."

The BOP has tried to address staffing shortages in part by using a practice called augmentation to temporarily assign employees who aren't corrections officers to staff posts intended for detention guards.

In October, four senators led by Democrat Joe Manchin of West Virginia, wrote a letter to then-Attorney General Jeff Sessions expressing their "deep concerns" about the use of augmentation and staffing levels at federal prisons in Pennsylvania and West Virginia following the deaths of a correctional officer and inmates.

"We cannot allow these dangerous staffing practices to continue," the senators wrote.

They noted that twice when approving BOP's budget, a Senate committee had issued a report that "included clear directions" to the Justice Department to stop "its overreliance on augmentation" in favor of hiring full-time correctional staff.

RELATED: Questions raised about decision to transfer 'Whitey' Bulger to prison where he died

"The Committee again directs BOP to curtail its overreliance on augmentation, particularly in housing units" the committee's report said. "BOP should instead hire additional full-time correctional staff before continuing to augment existing staff."

A February 2018 letter from 52 members of Congress was sent to Sessions asking him to reconsider eliminating 6,000 unfilled positions at federal prisons nationwide. "Augmentation was designed as a temporary solution to short-term staffing conflicts, not a long-term solution to respond to budget pressure," the lawmakers said.

Soon after Barr took office this year, he acknowledged to lawmakers that the Justice Department had "stumbled" in addressing the problem. In testimony before the Senate Appropriations Committee in April, he called the staffing shortages at prison facilities a "snafu" and blamed bureaucracy within the prison hiring system, not the hiring freeze.

"The shortages out in the prison facilities themselves was not the freeze," Barr said. "I think what it is is, frankly, bureaucracy and I don't say this in a bad sense, just the way these organizations go out bringing in people they leave much too much of a lead time."

Barr said he believes the agency begins the process of hiring a new person into a position vacated by internal job shifts too late.

"It takes months and months and months to get that person on board. That makes no sense because every year we lose 2,600 of these correctional officers. So my view is we just have to turn on the spigot and keep these new entry level people coming in at a rate where we're going to be able to get up to and maintain our enacted level," Barr said.