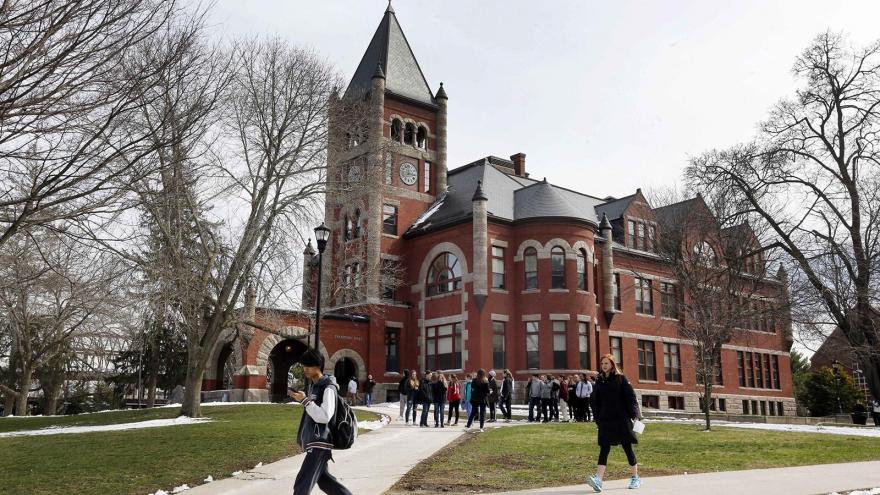 According to the University of New Hampshire, a faculty member resigns after a school investigation into "serious allegations of misconduct" on social media.

(CNN) -- A University of New Hampshire faculty member has resigned after a school investigation into "serious allegations of misconduct" on social media, according to the university.

A male assistant professor allegedly posed as a woman of color under the handle @piney_the, with the tagline "The Science Femme, Woman in STEM," campus newspaper The New Hampshire reported in October.

The faculty member who resigned was found to be linked to the Twitter account, and was not involved in university work after it was discovered, a university spokesperson told CNN.

The account allegedly targeted female scientists on Twitter, and bragged about striking language about systemic racism from a department statement in June 2020, according to the paper.

Screenshots shared September 28 by @drama_science, or "Science Drama Queen," appeared to show both the "Science Femme" and the professor's personal account sharing the same photo of a coffeemaking set-up, and demonstrate similar family connections to a brewery. The "Science Femme" account has since been deleted.

On September 30, the university tweeted it had been "recently made aware of allegations on social media about a member of our faculty. We are deeply troubled by what we've learned so far and immediately launched an investigation."

A statement from President James W. Dean days later said the employee had been put on leave.

"We share your concern about the potential impact on our community members. Colleagues around the university are offering support for impacted individuals and we will continue to do so," Dean said in October.

The faculty member has not been named by the university "in order to protect the privacy of all involved," the most recent statement said.

In a statement Wednesday, Dean said the faculty member "chose to resign when the university concluded that the conduct exhibited was not consistent with the university's values."

It is the most recent case of a person in academia passing themselves off as a person of color.

In September, a White professor of African and Latin American studies at George Washington University admitted she had pretended to be Black for her entire professional career. Jessica Krug apologized in an article on Medium.com, explaining she grew up Jewish in a Kansas City suburb.

Later that month, a graduate student at the University of Wisconsin-Madison resigned from a teaching position after admitting on social media that they falsely claimed to be a person of color. CV Vitolo-Haddad apologized in posts on Medium.com and said they let incorrect guesses about their ancestry, which is southern Italian, "become answers I wanted but couldn't prove."