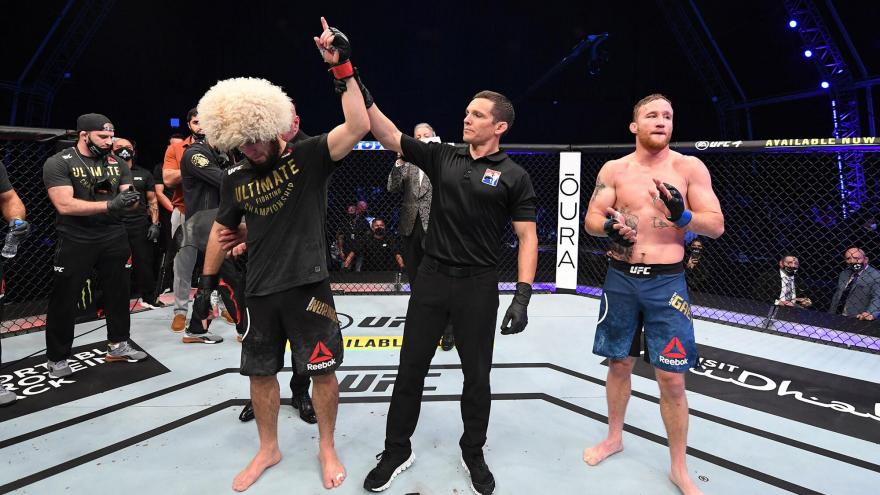 An emotional Nurmagomedov announced his retirement after the bout. With this latest victory -- which came by technical submission with a triangle choke -- Nurmagomedov departs the octagon with a 29-0 career record and 13-0 UFC record.

"Today, this was my last fight," he said. "Ain't no way I'm going to come here without my father."

Nurmagomedov's father and coach, Abdulmanap, died in July after complications caused by Covid-19. Nurmagomedov said he talked with his mother for three days before deciding to accept the fight with Gaethje.

"She don't (want me) to go fight without father, but I promised her it's going to be my last fight," he said in a post-match interview. "And if I give my word, I have to follow this."

The 32-year-old Russian fighter said it was his first time fighting without his father.

"He is one of the toughest human beings on the planet," UFC President Dan White said. "He's the number one pound-for-pound fighter in the world and, seriously, you have to start putting him up there at GOAT status."

Shortly after his victory, Nurmagomedov posted a photo of himself with his father on social media with the caption, "When ALLAH with you, nobody can broke (sic) you, nobody. Thanks Father for everything, you teach all my life, may ALLAH grant you the highest Paradise."