'Uncharted' is another box office win for Tom Holland and Sony 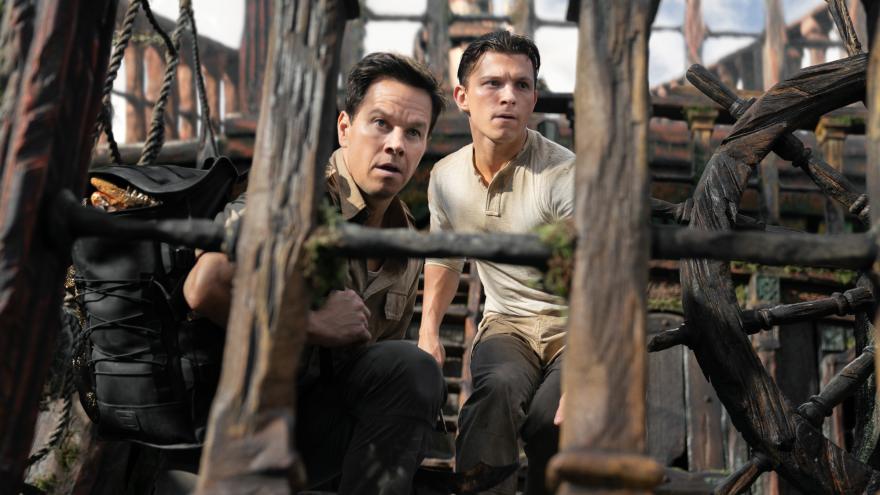 (CNN) -- Tom Holland does it again for Sony.

"Uncharted" — starring Holland as adventurer Nathan Drake from the namesake Sony video game — brought in an estimated $44.1 million at the North American box office this weekend, according to the studio.

That number exceeded industry expectations, which had projected the film to make around $30 million in its weekend debut. Sony added that the new release could take in $51 million over the holiday weekend, which includes Presidents Day.

The solid debut for "Uncharted" — which cost $120 million to make — is another win for Holland and Sony following their mutual success with "Spider-Man: No Way Home."

"No Way Home" is one of the biggest blockbusters in film history, notching nearly $2 billion worldwide since December, according to Comscor. "Uncharted" likely got a boost from that film's strong showing, but there was still a question if Holland could bring in an audience when he's not wearing his Spider-Man suit. The answer appears to be yes.

Sony had a strong 2021 thanks to "Venom: Let There Be Carnage," "Ghostbusters: Afterlife" and "No Way Home" to cap off the year.

The good showing for "Uncharted" is another successful video game adaptation. Films based on video games have historically had a hit or miss track record at the box office, but it appears that so far "Uncharted" has landed in the hit category.

As for theater operators, "Uncharted" serves as a solid bridge to one of the most anticipated films on the year: "The Batman."

Warner Bros.' next installment in the Batman franchise hits theaters March 4 and stars Robert Pattinson as the Caped Crusader. The film could be one of the biggest blockbusters of the year. (Warner Bros. and CNN are both owned by WarnerMedia.)