Ukraine's surprising comeback could be giving markets a boost 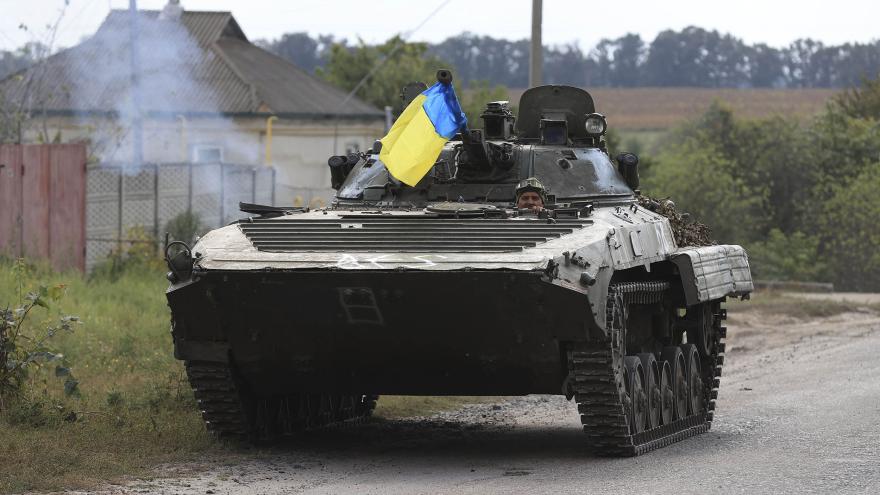 (CNN) -- Ukrainian forces have made sweeping advances in September in their fight against Russia, easing some investor fears of a prolonged war-induced energy crisis in Europe.

European markets closed higher Friday, as did markets in the Asia-Pacific area. The Dow jumped more than 200 points in the US and the major indexes appeared on track to end a three-week slump.

Equity prices tend to rise on news of Ukrainian gains or improvement on the ground, explained Joseph Brusuelas, chief economist at RSM US.

Ukrainian President Volodymyr Zelensky claimed on Friday that the country's military has retaken more than 1,000 square kilometers of territory since the beginning of this month, as they continue to press on in the Kharkiv and Kherson regions.

Over the past three days, Ukrainian forces have raised their country's flag in the Kharkiv settlement of Shevchenkove, an important Russian logistics hub inside Ukraine, a photo geolocated by CNN shows.

If you map those three days over the direction of the market, said Quincy Krosby, chief global strategist for LPL Financial, it's clear that this is a contributing factor to equity gains. "This is good news, even at the margin," she added.

Russia's invasion of Ukraine has slowed global growth and raised inflation through large energy supply disruptions -- Russia accounts for well over 10% of global oil and natural gas production. Grain supply has also been disrupted, leading to a spike in commodities prices.

An energy price shock and central bank pivot to fight inflation in Europe has further dampened investor sentiment. Recessions now look certain in Europe as prices of gas continue to accelerate into the winter.

The war in Ukraine has been mentioned as a factor in about 250 S&P Global credit rating downgrades or outlook cuts since it began in late February. The increase in energy costs and interest rates globally means the impact is likely to spread.

"This lack of energy is forecast to significantly bring down the European Union's economy this winter. Europe in a recession will affect U.S. trade," said Anthony Denier, CEO of Webull. "But, if Ukraine continues to post victories, the gas issue may be solved and everyone will be happy. So people are buying stock today."

The ongoing fight in Ukraine is just one factor impacting markets in a week full of central bank news, economic policy changes and new economic data.

Investors cheered on Thursday when the UK confirmed a plan to subsidize energy bills for households and businesses. There's also a growing expectation that there will be fiscal support across the European Union to address the energy crisis, which has improved global equity prices.

Still, the war could drag on for quite some time, and Ukraine's spate of victories doesn't mean the problems the war poses will end anytime soon. Investors have made themselves clear. Markets want to see an end to this war.

President Zelenskiy appears to understand that sentiment. He remotely rang the opening bell at the New York Stock Exchange on Tuesday as traders applauded and cheered him on.