UK zoo kills two bears after they escape from enclosure 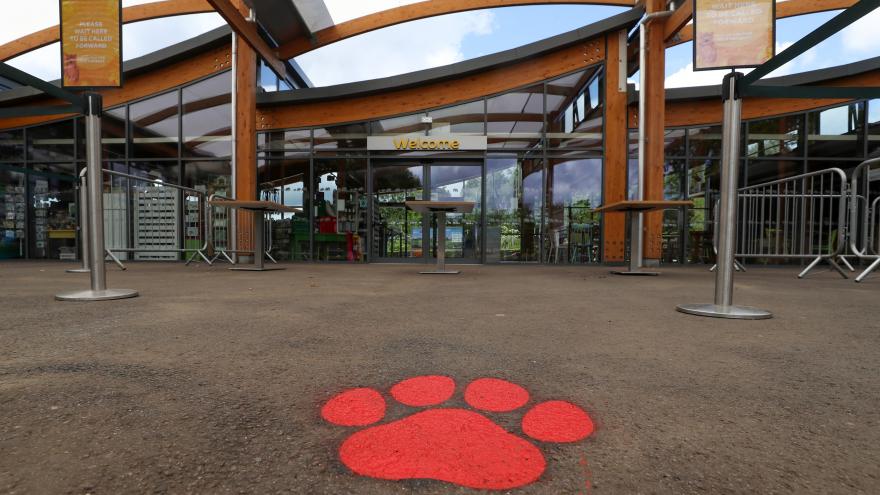 (CNN) -- Zookeepers shot dead two brown bears that escaped their enclosure and attacked a boar at a zoo in Bedfordshire, England.

The female bears, named Snow White and Sleeping Beauty, had wandered into the neighboring wild boar enclosure Friday after a tree fell and formed a bridge for them at the Zoological Society of London's Whipsnade Zoo.

The decision was made to euthanize the bears because there was "an immediate threat to human life," said the zoo's chief curator, Malcolm Fitzpatrick, in an email to staff.

"As brown bears are strong and dangerous predators, our first priority is safety -- we must quickly make decisions informed by our experience and expertise to protect our people, guests and our other animals," Fitzpatrick said.

Zookeepers were on the scene in minutes, but could not simply tranquilize the bears because they would remain "unpredictable and aggressive" for at least 20 minutes, added Fitzpatrick.

He said he was "devastated," but that the zookeepers actions "prevented any further loss of life."

There will be an investigation into the incident and vets examined the injured boar. A third bear named Cinderella stayed in the enclosure and is unhurt.

"As zookeepers and animal carers, this situation is something we train to deal with through regular, rigorous drills -- but one that we always hope we'll never have to face," said Fitzpatrick.

It's unfortunate timing for Whipsnade Zoo as it celebrates its 90th birthday on Sunday. The 600-acre site will be organizing activities like treasure hunts, trails and arts and crafts for a week from May 29.

The zoo has 3,500 animals including lemurs, cheetahs and penguins. Whipsnade Zoo says the European brown bear is the largest species of bear and females range in weight from 100 to 250 kilograms (220 to 551 pounds), according to Bear Conservation.

The ZSL was founded in 1826 and is an international conservation charity which operates Whipsnade Zoo and London Zoo.