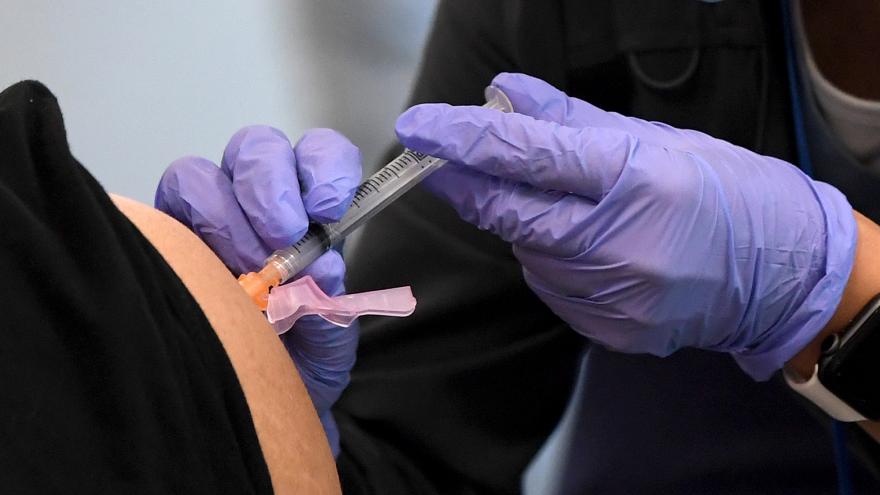 (CNN) -- An analysis by British academics, published by the UK Government's official scientific advisory group, says that they believe it is "almost certain" that a SARS-Cov-2 variant will emerge that "leads to current vaccine failure." SARS-CoV-2 is the virus that causes Covid-19.

The analysis has not been peer-reviewed, the early research is theoretical, and does not provide any proof that such a variant is in circulation now. Documents like it are released "as pre-print publications that have provided the government with rapid evidence during an emergency."

The paper is dated July 26, and was published by the British government on Friday.

The scientists write that because eradication of the virus is "unlikely," they have "high confidence" that variants will continue to emerge. They say it is "almost certain" that there will be "a gradual or punctuated accumulation of antigenic variation that eventually leads to current vaccine failure."

They recommend that authorities continue to reduce virus transmission as much as possible to reduce the chance of a new, vaccine-resistant variant.

They also recommend that research focus on new vaccines that not only prevent hospital admission and disease, but also "induce high and durable levels of mucosal immunity."

The views were expressed in a paper "by group of academics on scenarios for the longer term evolution of SARS-CoV-2," and discussed and published by the UK's Scientific Advisory Group for Emergencies (SAGE).

They write that some variants that have emerged over the past few months "show a reduced susceptibility to vaccine-acquired immunity, though none appears to escape entirely."

But they caution that these variants emerged "before vaccination was widespread," and that "as vaccines become more widespread, the transmission advantage gained by a virus that can evade vaccine-acquired immunity will increase."

This is an issue that SAGE has warned about before.

In minutes from its July 7 meeting, SAGE scientists wrote that "the combination of high prevalence and high levels of vaccination creates the conditions in which an immune escape variant is most likely to emerge." It said at the time that "the likelihood of this happening is unknown, but such a variant would present a significant risk both in the UK and internationally."