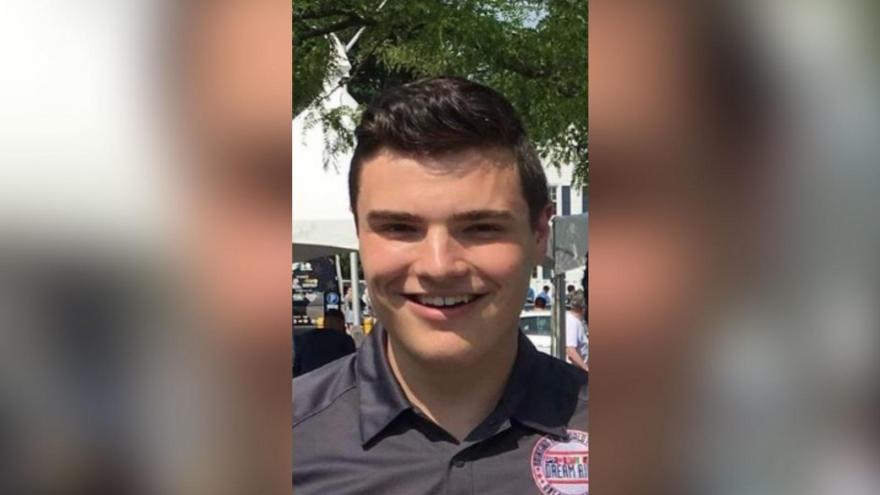 (CNN) -- A suspect in two killings and a kidnapping in Connecticut has been arrested in Maryland after a six-day manhunt, authorities said.

He was located in the woods by a gas station and was taken into custody without incident, a law enforcement official told CNN. As they arrested Manfredonia, police found a firearm they believe to be a murder weapon, Trooper Christine Jeltema said at a news briefing.

"No injuries to any law enforcement personnel or Manfredonia," the tweet said. Police said more information would be provided Thursday.

The University of Connecticut student is suspected of killing one man and seriously injuring another on Friday morning in Willington, Connecticut. He is also a suspect in the killing of a male acquaintance in Derby.

Police believe another person was taken from the home and later found unharmed in Paterson, New Jersey. The person is back with their family in Connecticut, authorities said.

Police said a motive for the attacks is still unclear. Before his arrest, his family pleaded for him to surrender.

"Peter, from your parents, who love you, please turn yourself in," the attorney for Manfredonia's family, Michael Dolan, said Monday night.

He was taken into custody by the US Marshals and the FBI, according to a law enforcement official.