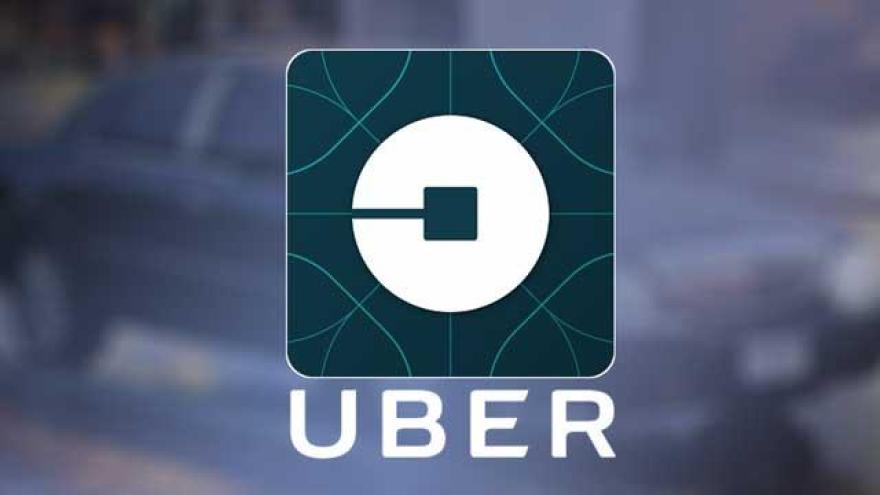 (CNN) -- Uber is giving riders the ability to connect with a safety agent while taking a nerve-wracking trip, making it the latest feature the company has added in recent years to address safety concerns.

The company said the capability is intended to help both riders or drivers in situations that may not warrant calling the police or other emergency assistance. Instead, they'll be connected to a live safety agent from ADT, the security services company, who can monitor their route for the trip's duration.

"You may be feeling uncomfortable on a ride — and that's different for every person," Uber's lead safety product manager, Rebecca Payne, told CNN Business, citing examples such as a rider traveling through a neighborhood they're unfamiliar with, or a driver running out of gas or dealing with customers who don't want to follow Uber's policies.

"It's able to give them a third-party that can help them mediate, or guide them through a situation like that," said Payne, noting that the ADT agent can communicate with the rider or driver by text or phone, and can also contact 911 should the situation escalate. ADT has access to the trip information once a user opts to connect with an agent, including the vehicle license plate and GPS location.

Lyft has offered the live-agent feature in partnership with ADT for a few years. Uber said it has been quietly piloting the capability in nine cities in recent months before making it available nationwide this week.

Leah Page, vice president of emerging business and mobile security at ADT, told CNN Business that it has "thousands and thousands of US-based agents" to help respond to requests.

The update comes as part of a broader safety update announced Tuesday, including a redesigned "toolkit" to make it easier to find the various safety features, such as setting up "trusted contacts" to easily share trip information with friends or family. There's also a "pin code" feature in which a passenger must verbally provide a four-digit pin code to the driver to verify they are taking the correct vehicle. Uber is also expanding its "text to 911" feature, making it now available in nearly 60% of the United States, Uber said, including in California and New York City.

Uber, for years, has said that safety is its top priority as it aims to help people feel comfortable using its service in the face of reports around issues like sexual harassment and assault by drivers. Uber, followed by Lyft, initially pledged to share data on its most severe safety incidents in response to a 2018 CNN investigation into drivers accused of sexual assault or abuse by passengers since 2014, based on publicly available data including police reports.

Across the two safety reports it has since published, which cover 2017 to 2020, Uber disclosed that it received 9,805 reports of the most severe categories of sexual assault, which range from "non-consensual kissing of a non-sexual body part" to "non-consensual sexual penetration," or rape. Uber, on its website, notes "as the numbers in both reports show, critical safety incidents on our platform are, statistically, extremely rare."

Uber and Lyft each face a number of lawsuits stemming from individual assault claims. Put together, they allege the companies didn't make clear the known risks and failed to do more to protect riders. Attorneys representing some of the alleged victims have said requiring recordings of trips may help prevent future incidents.

In late 2019, Uber began testing an audio recording feature in Brazil and Mexico. It has since expanded the feature across Latin America, and announced in December it was piloting the capability in three US cities.

Payne told CNN Business the company is "definitely excited about" the feature, which is not required, and noted that it has to carefully consider privacy laws concerning recordings and consent, which vary depending on the state. So far, Payne said that usage of the feature where available is "quite low ... where people are only using it, maybe in the midst of a safety incident, and not recording the whole trip."

"What we want to try and do is see if we can encourage more people to record their entire trip, just in case," added Payne.