Uber is rolling out a fuel surcharge 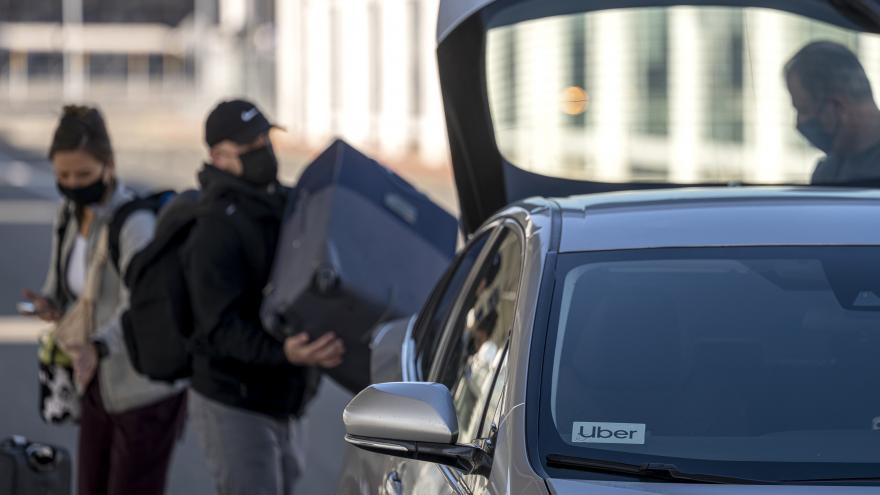 The ride-sharing service announced Friday it's rolling out a fuel surcharge to help its drivers offset the burden of higher gas prices for at least the next two months.

Starting Wednesday, users will pay an extra $0.45 or $0.55 per tripand an additional $0.35 or $0.45 for Uber Eats, depending on thelocation. Uber said all the money from the surcharges will go to the drivers.

"We know that prices have been going up across the economy, so we've done our best to help drivers and couriers without placing too much additional burden on consumers," Liza Winship, head of driver operations for the US and Canada, said in an online post.

The price surcharge will be in place for at least 60 days, Uber said, and the company will continue monitoring gas prices and consumer and driver sentiment. Uber noted the surcharge isn't meant to cover the entire cost of gas, but rather to "soften the burden."

The surcharge is national but it has one exception. In March, its drivers in New York City received a 5.3% pay increase under the city's driver minimum wage law, the first of its kind in the US. It went into effect in 2019.

"This raise helps keep the city's promise to keep app drivers out of poverty wages and on the path to a dignified and secure living," said Bhairavi Desai, executive director of the New York Taxi Workers Alliance in a statement. "We all know the price of basic needs, like bread and milk, have gone up, and, for drivers, so have operating costs, like fuel and repairs."

Uber reaffirmed its commitment to electric vehicles, saying it's the best way to avoid skyrocketing gas prices in the long term. The company gives incentives of up $1 per trip up $4,000 annually to EV drivers and it has partnered with Hertz to make as many as 50,000 fully electric Teslas available for eligible drivers to rent by 2023.

"We are seizing this moment to bolster our efforts to help more drivers make the switch to electric vehicles," Winship said.

The national average price for gas was $4.326 on Saturday, according to AAA. Gas prices broke a record this week, beating the previous record of $4.11 a gallon setin July 2008.