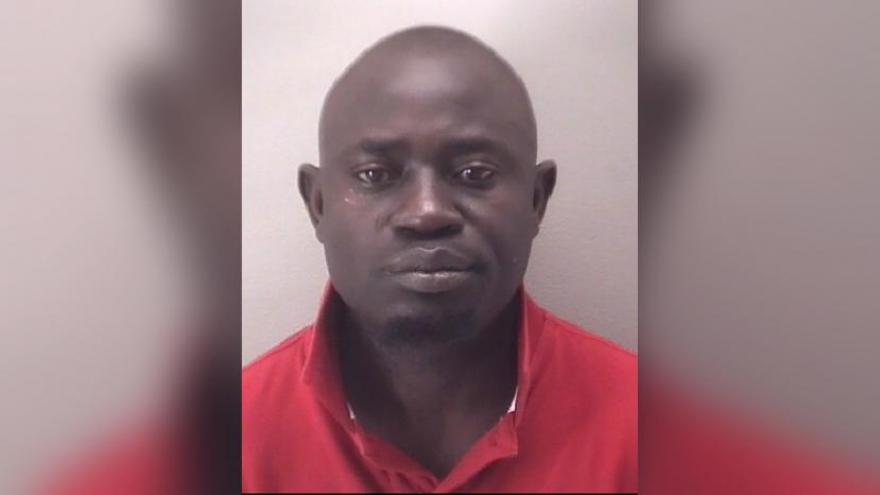 An Uber driver in Virginia has been charged after police say he attempted to chase down someone who hit his car -- without letting his passengers out.

(CNN) -- An Uber driver in Virginia has been charged after police say he attempted to chase down someone who hit his car -- without letting his passengers out.

Richmond Police have charged Olufemi S. Olomola, 38, with two counts of abduction, reckless driving, and felony hit and run. Olomola is in custody, according to police. It is unclear if he has retained an attorney.

On Monday night, John Murray and his wife, Tameka Swann, were looking forward to a rare date night when they used the Uber app to get a ride to dinner. That would be the end of the routine request they make all the time.

Murray says their driver, who he identified as Olomola, picked them up outside their home. A few blocks later, they were rear-ended by another driver.

"I thought we were just going to pull over and they would exchange information, but the other driver pulled around us and took off," he said. "I had no idea he was about to go fast and furious on us."

Murray began streaming live on Facebook when the initial accident happened. In the video, things are calm at first. Murray and Swann are discussing the accident, and their driver hands his phone to Swann to talk to 911. But then, they start speeding up.

"The driver won't let us out. He's trying to catch the guy because he hit us," Swann tells the dispatcher.

For the next four minutes, the video shows their driver run through red lights and stop signs while the couple pleads with the driver to stop.

"I can't let this guy go," their driver says.

About halfway through the ordeal, the video shows the driver running through another red light, appearing to narrowly miss a bicyclist when Murray begins yelling. Then, you can hear the impact as another car hits them.

Their driver took off again.

The 911 operator can be heard telling the driver to stop the chase.

"He kept going, he kept going. That was the scariest moment of my life," Swann told CNN affiliate WTVR.

Eventually, the driver stops and lets the couple out.

In a statement to CNN, Uber said "This driver's behavior is deeply concerning and his access to the app has been removed. We have been in contact with the rider and stand ready to support law enforcement on their investigation."

Murray says he and his wife were checked out by an ambulance and are still sore from the two accidents.