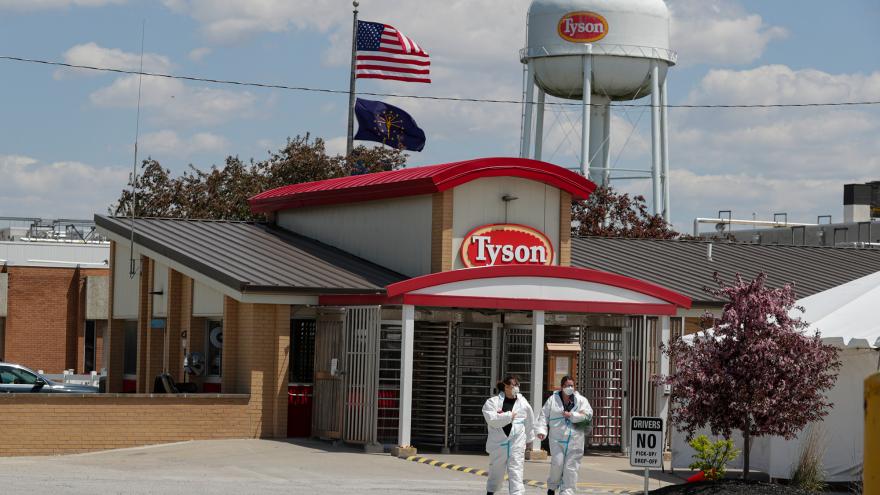 (CNN) -- Tyson Foods and other meat processors that became early hotspots for the Covid-19 pandemic are reportedly accelerating plans to have robots replace human meatcutters.

Tyson engineers and scientists -- with the help of some designers from the auto industry -- are developing an automated deboning system to help butcher the nearly 40 million chickens processed each week, the Wall Street Journal reported Thursday.

More than 16,000 meat and poultry processing workers across 23 states have been diagnosed with Covid-19 as of May 31, according to the CDC, and 86 have died. Work safety experts and unions say that's partly because of working conditions in the plants that entail packing employees closely together.

Tyson, which has invested a half of a billion dollars in technology and automation during the past three years, is now expediting its efforts, according to the Journal report.

A labor shortage is behind the push to automate. Meat processing companies were already facing difficulties in recruiting workers, the Journal report said. That was made worse by the pandemic.

So far, the industry has been slow to move toward automation. Even plants that have started to use robots usually rely on people to slaughter animals and break them apart. It's "not feasible" to replace the vast number of people who slaughter and harvest animals with machines, Jeff Sindelar, an associate professor at the University of Wisconsin-Madison's College of Agricultural and Life Sciences, told CNN Business in April.

Robots are increasingly becoming a part of the American labor force. A report last year from Oxford Economics predicted 20 million manufacturing jobs could be displaced by automation technology.