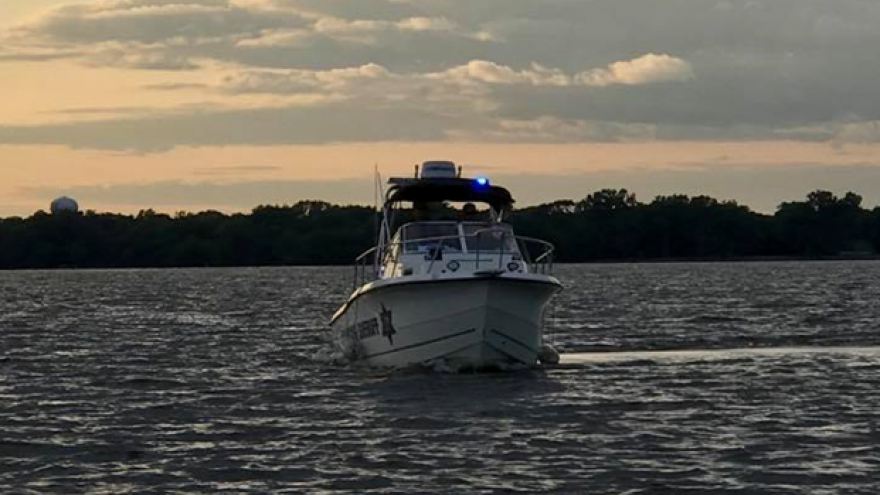 VINLAND, Wis. (AP) — Authorities have recovered the bodies of two Neenah sisters missing after a boat crash on Lake Winnebago.

The Winnebago County Sheriff's Office says 20-year-old Cassandra Laabs (labs) and 26-year-old Lauren Laabs were among four people on a boat that collided Saturday night with another boat with two occupants.

Divers recovered the bodies Sunday. Autopsies were being conducted.

Another person on the boat with the Laabs suffered serious injuries. A dog on that boat also was killed.

No one else was seriously injured.

Authorities say the women were identified but their names are not being released at this time.

OSHKOSH, WI (CBS 58) -- Winnebago County authorities are continuing the search for two boaters missing in Lake Winnebago.   The Winnebago County Sheriff’s Office and its dive team are searching an area of Lake Winnebago where two young women went missing Saturday night after the boat they were in collided with another vessel about a mile east of Payne’s Point on the north west side of the lake.  Authorities have closed the Grundman Boat Landing to allow for dive operations to continue today.

According to the Winnebago County Sheriff, a 20-year-old woman and a 26-year-old woman, both from Neenah, were thrown from the boat they were in when it collided with another boat around 8:40 PM Saturday.   Two other people in the same boat were rescued and taken to a local hospital for treatment of what is reported to be serious injuries.  The two occupants of the second vessel were treated for their injuries at the scene.

The Winnebago County Sheriff’s Office Dive Team searched the lake for the missing women Saturday night and is continuing the search this morning.   The WCSO is continuing to investigate the circumstances surrounding the collision.

Assisting the WCSO were the fire departments of the  Town of Vineland, Neenah-Menasha and Oshkosh and ThedaStar Medical Team.