Two small planes collided over Colorado and both landed safely, one after deploying a parachute 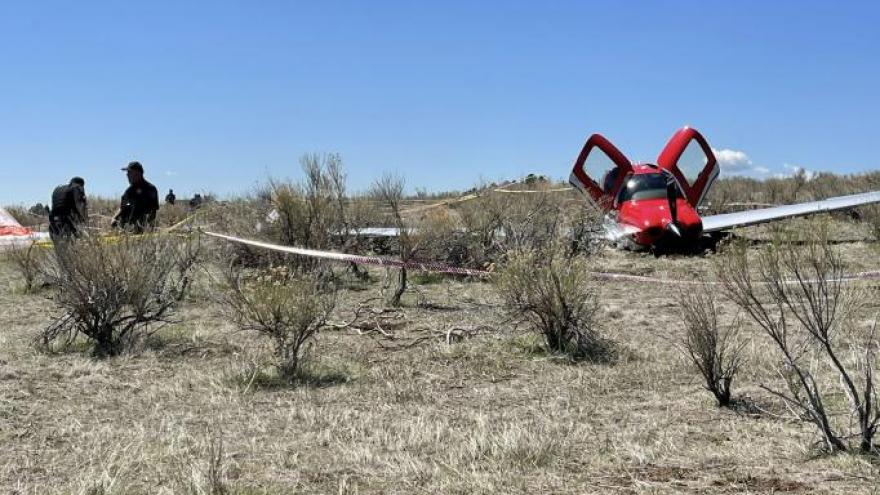 There are no injuries after a midair collision involving two small planes outside of Denver, according to the Arapahoe County Sheriff's Office.

(CNN) -- One of two planes that collided in the air near Denver deployed a parachute and slowly drifted to the ground, where two people walked away from the aircraft, a sheriff's office spokesman said Wednesday.

The other plane, a small cargo turboprop, landed at an airport, according to Arapahoe County Sheriff's Office spokesperson Deputy John Bartmann. The lone person on board that plane was also unharmed.

The collision occurred over Cherry Creek State Park at about 10:25 a.m., he said. Bartmann said it was not yet known which aircraft was responsible.

"You expect something a lot worse. This was amazing," Bartmann said. "We've had several plane crashes in our jurisdiction. Never have we seen a parachute be deployed and bring the plane down safely."

The plane that used a parachute was a Cirrus SR22.

"It came down nice and slow," he said.

The other aircraft was a Metroliner, officials said.

A tweet from the National Transportation Safety Board said the incident happened as the planes were landing. The agency is sending a team of investigators.

The debris field stretched "pretty far," Bartmann said. He said if people find plane parts in the park, they should not touch them, and instead call the sheriff's office.