Two people were charged with murder after forcing a girl to jump on a trampoline as punishment, police say 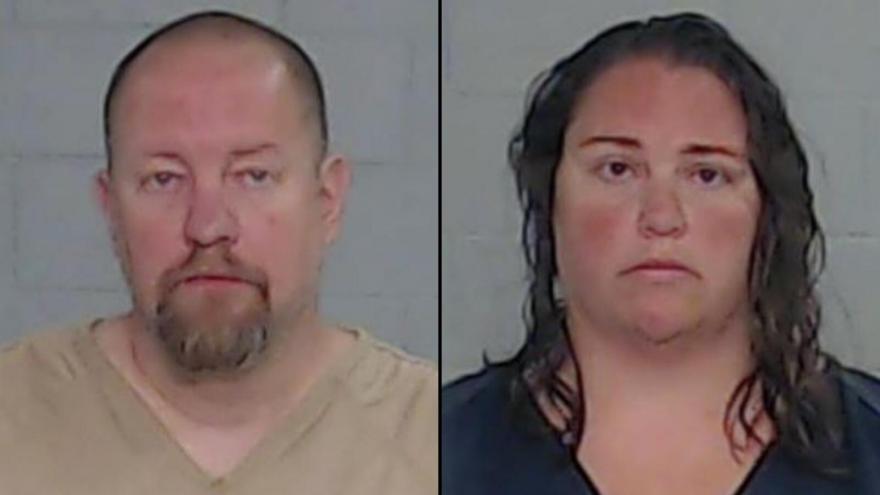 (CNN) -- Two people in Texas have been charged with capital murder after forcing an 8-year-old girl to jump on a trampoline under extreme heat as punishment, police said.

The girl died of dehydration on August 29, Odessa Police said in a news release.

Daniel Schwarz, 44, and Ashley Schwarz, 34, were charged and arrested on Monday and booked into the Ector County Detention Center, according to police. Their bonds have been set at $500,000 each, jail records show.

It is unclear whether the Schwarzes have an attorney at this time. CNN was unable to immediately reach the detention center for comment.

In the news release police did not say what the Schwarzes' relationship is to each other or to the girl. Family members said they were the girl's guardians, CNN affiliate KOSA reported.

An investigation found that the two required the girl to jump on the trampoline "without stopping for an extended period of time," and didn't allow her to eat breakfast or drink water, according to the news release.

Police said that the temperature of the trampoline was read to be about 110 degrees Fahrenheit, while the ground was about 150 degrees.

The police department received the final autopsy report for the girl on October 8, according to the release. She was found to have died by dehydration and her death was deemed to be a homicide, police said.

CNN has reached out to the department for comment.