2 people arrested after a fatal mall shooting in Omaha, Nebraska 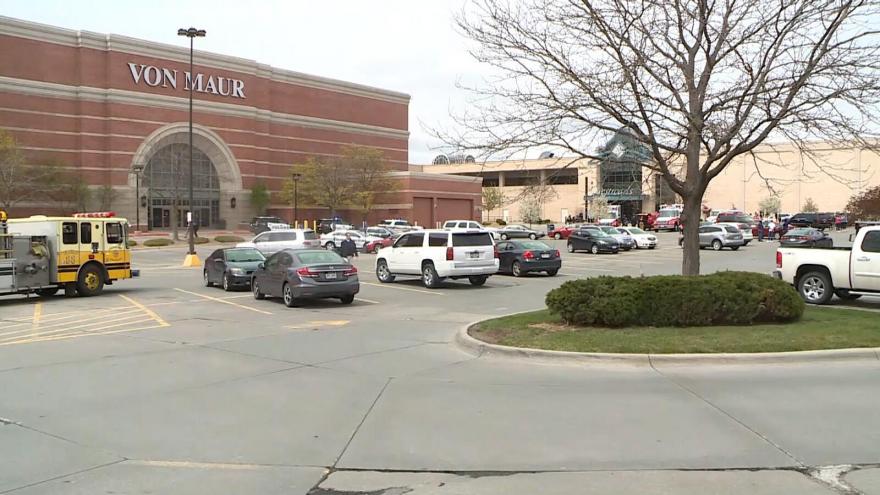 Authorities responded to a shooting at Westroads Mall in Omaha, Nebraska, on Saturday, April 17.

(CNN) -- Two people have been arrested in connection with a fatal shooting at a Nebraska mall, Omaha police said.

The shooting took place Saturday at the Westroads Mall in Omaha. Trequez Swift, 21, was killed. Ja'Keya Veland, 22, was injured and is expected to survive, police said.

"The investigation indicates this was an isolated incident and not a random attack," Omaha police said.

Bonacci said the shooting was not an active shooter situation, but the department treated it as such out of precaution.

Mall customer hid in a bathroom

Customer Celia Davis said she and her 3-year-old daughter were pulled into a bathroom with about 10 strangers and left waiting for help, CNN affiliate KMTV reported.

She texted her mom and boyfriend to say "I love you guys" while she hid, she said.

"I was shaking and (my daughter) kept whispering to me, 'Mommy, I want to go home,' and I was like, 'I know, we'll go home.' And finally the cops came and got us," Davis said.

Previous shootings at the mall

Westroads Mall had another bout of violence last month, when a police officer was shot four times on March 12 while responding to a shoplifting call. The officer survived.

The mall was also the site of a mass shooting in 2007. Gunman Robert Hawkins, 19, killed eight people and then died by suicide, CNN previously reported. Five other people were injured in that shooting.