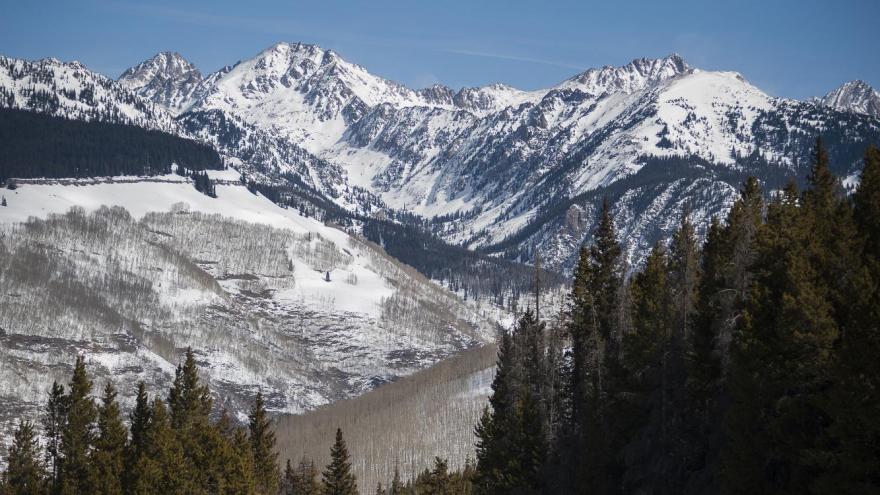 Two snowmobilers in Colorado were killed after they were buried in an avalanche they accidentally triggered, the Colorado Avalanche Information Center said.

(CNN) -- Colorado authorities on Sunday identified two snowmobilers who were killed in an avalanche they accidentally triggered.

The Eagle County Sheriff's Office said the victims were Dillon Block, 28, and Cesar Almanza-Hernandez, 30, both of Gypsum, Colorado.

The two victims were buried in the avalanche on Muddy Pass Saturday afternoon, the Colorado Avalanche Information Center said Sunday. Their bodies were recovered Sunday.

"We are so appreciative (of) the volunteers with Vail Mountain Rescue Group who worked on this very tragic incident, our thoughts are with the families and friends of Mr. Block and Mr. Almanza-Hernandez," Eagle County Sheriff James Van Beek said in a statement.

A third person who was snowmobiling with the group in the area of Muddy Pass, north of Vail, was able to free himself and alert authorities, according to the Eagle County Sheriff's Office. The backcountry avalanche forecast in Eagle County is rated considerable, meaning dangerous avalanche conditions were reported in the area.

The avalanche happened below the tree line at an elevation of around 9,800 feet, the avalanche information center said.

Rescue efforts for the two victims had been suspended overnight Saturday because of dangerous weather conditions and for the safety of rescue teams, Eagle County Sheriff's Office spokeswoman Jessie Porter told CNN. Multiple agencies, including the Colorado Avalanche Information Center, were involved in the search for the two snowmobilers.

In the past three days, the avalanche information center said it received 20 reports of natural and human-triggered avalanches "large enough to kill a person" and "snap trees in half."

"You can trigger very large, very dangerous avalanches that break near the ground. These avalanches are very difficult to predict and you will not see any warning signs of instability before this type of avalanche breaks," the center said Saturday.

"The way to stay safe if you are traveling in the Northern and Central Mountains over the next few days is to avoid slopes steeper than about 30 degrees."

As snowstorms pile on top of each other throughout the winter months, the snow's consistency may change and become unstable and dangerous. Backcountry travelers are urged to analyze the layers of snow and test their stability before skiing or snowmobiling.