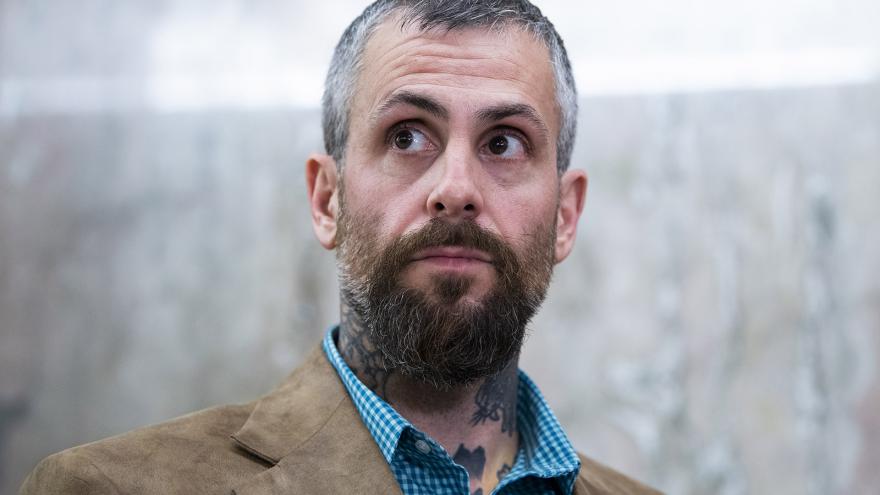 (CNN) -- Two of the alleged assailants of former DC police Officer Michael Fanone have plea agreement hearings scheduled before the DC District Court this week, bringing a partial close to one of the most high-profile assault cases of the January 6, 2021, US Capitol riot.

The two men, Kyle Young and Albuquerque Head, as well as a third, Thomas Sibick, are accused of spearheading the assault on the then-officer, who was dragged away from a police line, beaten, and robbed of his badge and radio. According to Fanone, who is now a CNN contributor, he later suffered a heart attack as a result of the brutal assault.

According to video highlighted by prosecutors, Head bear-hugged Fanone and slowly pulled him into the onslaught of rioters, shouting, "Hey! I got one!" Once in the crowd, Sibick allegedly robbed Fanone of his badge and radio and Young allegedly attempted to grab Fanone's service weapon.

Others in the mob also participated in the assault, including Daniel Rodriguez, who was captured on video shoving a stun gun into Fanone's neck during the attack. Rodriguez, who is charged separately and has pleaded not guilty, later sobbed while recounting the assault to the FBI and said, "My God. What did I just do?"

Fanone's assault took place in one of the most violent areas of the Capitol that day, where rioters attempted to break through a line of police officers in a tunnel leading to the building. Rioters attacked the police for several hours, punching and kicking them, hitting them with poles, bats and pieces of broken furniture, and shooting chemical spray at the officers protecting the Capitol.

According to the court docket, Young's plea agreement hearing is scheduled for Thursday and Head's hearing is set for Friday.

Head has been charged with 10 offenses, including assault, while Young was charged with 12, including the attempted robbery of Fanone's service weapon. Both Head and Young originally entered pleas of not guilty in May 2021, a month after their initial arrests.

CNN reached out to attorneys for Head and Young and did not receive a response.

Sibick, who is also charged in the assault, is still negotiating a plea deal with the Justice Department, according to prosecutors. He has pleaded not guilty.

Fanone has been outspoken about the violence that erupted at the Capitol and has publicly criticized Republican lawmakers who have attempted to minimize the insurrection.

The first indications that the case would end in plea agreements for the three men came last summer, when the Justice Department said it was preparing a plea deal with them and that preliminary plea talks were already taking place.