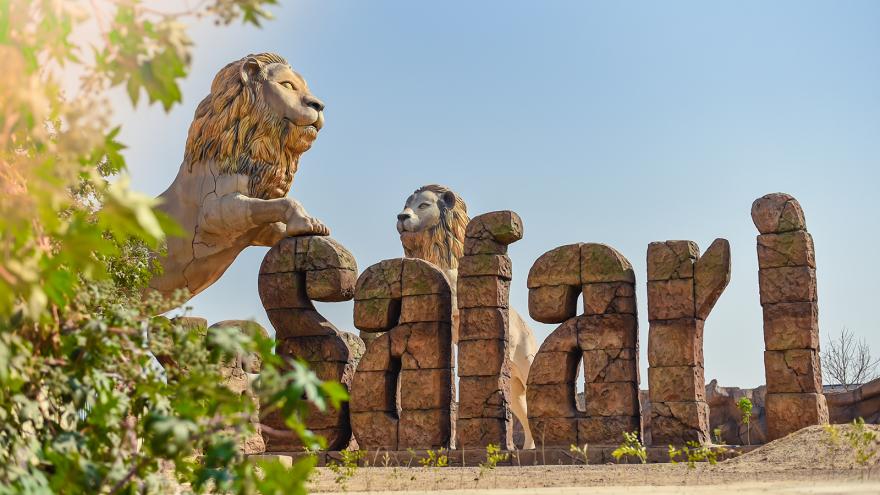 (CNN) -- Two lions at the Etawah Safari Park in the northern Indian state Uttar Pradesh have tested positive for Covid-19, according to officials at the park.

The samples were sent for testing after both the lions were found to have high temperatures.

Authorities added that the pair were in stable condition. They have been kept in self-isolation with their health being monitored regularly.

This comes after eight lions had tested positive for the same at the Nehru Zoological Park in Hyderabad earlier this week.

The Ministry of Environment, Forest and Climate Change had previously stated that based on experience with other zoo animals who had also tested positive for Covid-19 across the globe, there is "no factual evidence that animals can transmit the disease to humans any further.

The Etawah Safari park has been closed to visitors due to the rise in Covid-19 cases across the state of Uttar Pradesh, home to 200 million people according to India's 2011 census. The country's most populous state recorded a seven day rolling average of 28,765 cases Friday, according to data from John Hopkins University.

In a strong criticism of the Uttar Pradesh government's handling of the crisis, the state's top court said Tuesday that deaths of Covid-19 patients due to lack of oxygen is a "criminal act and not less than a genocide," according to a judgement posted on the court's website.

India's second wave has hit its major cities and populous states hard. Cases in the capital, New Delhi, began climbing in late March, accelerating rapidly in April -- and as the virus spread from state to state, other parts of the country began to see their own surge in cases, sometimes weeks after the central hotspots.

The world's second most populous country reported its highest number of coronavirus deaths Saturday with 4,187 recorded over a 24-hour period, according to figures released by the country's health ministry. This is the first time the daily number of deaths has exceeded 4,000, bringing the total figure to 238,270.

Over 167 million vaccine doses have been administered in India, according to a press release issued by the health ministry on Friday evening. With over 34 million having received their second dose, 2.6% of India's 1.3 billion-strong population is fully vaccinated.