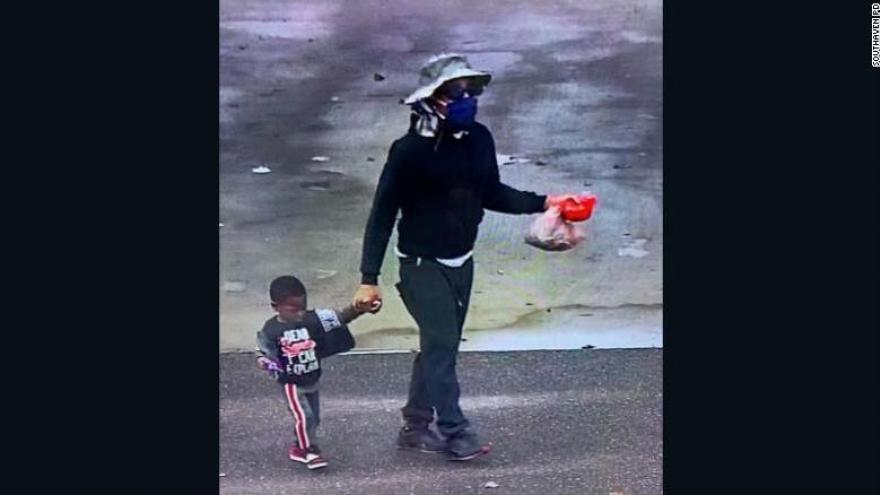 Jeremy Fitzgerald, 34, and Turliscea Turner, 29, are facing federal charges in the case of a two-year-old boy who was abandoned at a Mississippi Goodwill store.

(CNN) -- Two people are facing federal charges in the case of a 2-year-old boy who was abandoned at a Mississippi Goodwill store earlier this week.

Jeremy Fitzgerald, 34, and Turliscea Turner, 29, of Memphis, Tennessee, have been charged with kidnapping the child, the US Attorney's Office in Western Tennessee announced.

The boy was dropped off Monday at a Southaven Goodwill store with nothing but a bag of clothes and a note. Police say a bystander had called to report that a man wearing black jogging pants and a cowboy hat had left the child there.

According to the criminal complaint, Fitzgerald offered to have Turner, who was posing as his sister, babysit the boy while Fitzgerald and the child's mother went to Nashville on Sunday. Fitzgerald then demanded that the mother work for him as a prostitute.

On Monday morning, Fitzgerald, Turner and an unknown person, drove the child across state line to Southaven, according to the complaint. They stopped at a gas station, and while Turner went inside, Fitzgerald took the child to a nearby Goodwill store and left him there, authorities said. The complaint alleges that Turner knew the child had been left at the Goodwill.

When police responded to an area in Memphis where Fitzgerald had been spotted, the complaint says, he crashed his car while trying to flee. He was later transported to the hospital with minor injuries. Deputies found Turner in a nearby grocery story wearing the same clothing she was seen wearing in a surveillance video released on Monday afternoon.

They were both taken into custody and face a possible sentence of 20 years to life in federal prison with five years of supervised release and a $250,000 fine, according to a release from the US Attorney's Office.

The case will be presented to a federal grand jury at a later date and additional charges may be added, authorities say.

Turner has a hearing scheduled for Friday, but no hearings have been listed for Fitzgerald so far, court records show.