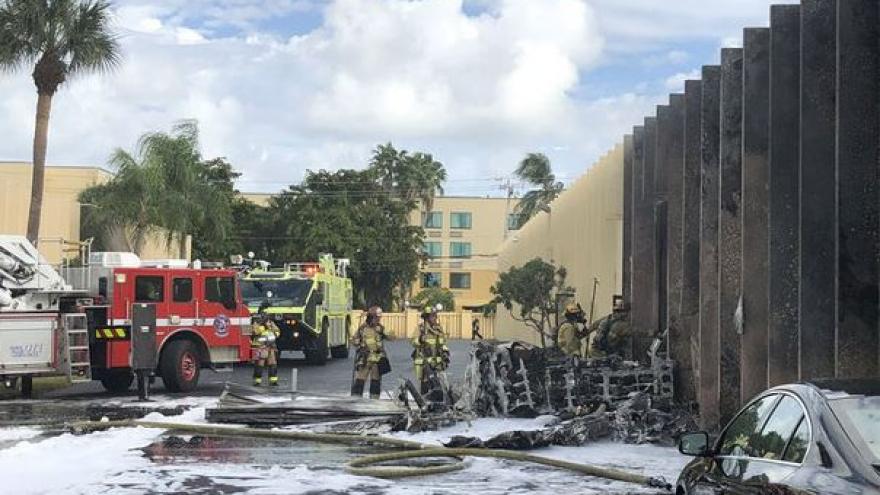 FORT LAUDERDALE, Fla. (AP) — Two people are dead after a small plane crashed through the roof of a Florida building that contained a therapy center for autistic children.

Local media say that the crash occurred Saturday afternoon near the Fort Lauderdale Executive Airport and caused a fire. Both passengers in the Cessna 335 were killed.

Battalion Chief Steven Gollan, a spokesman for the Fort Lauderdale Fire-Rescue Department, told WPLG-TV that eight teachers and five children were in the building when the plane crashed. One of the teachers suffered minor injuries as she ushered the children from the building, but she was not hospitalized.