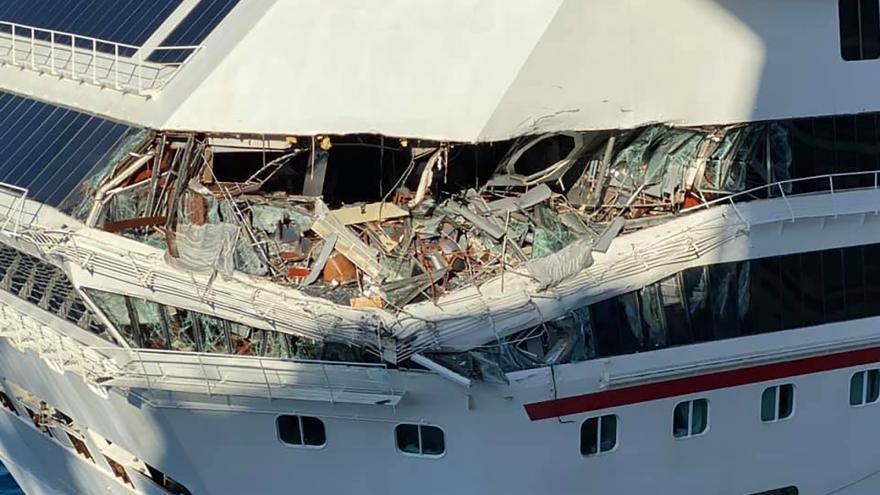 (CNN) -- The Carnival Glory and Carnival Legend collided Friday morning while at port in Cozumel, Mexico, leaving one passenger injured.

Eyewitness video of the aftermath shows a portion of the Carnival Glory's deck was left crushed after the crash.

"We are assessing the damage but there are no issues that impact the seaworthiness of either ship," Carnival Cruises' told CNN in a statement.

Carnival describes the incident as an allision between the two ships. An allision is a nautical term used to describe when a moving ship collides with a stationary object,such as another ship. The Carnival Glory was "maneuvering to dock," and hit the Carnival Legend, which was already docked, the cruise line said. 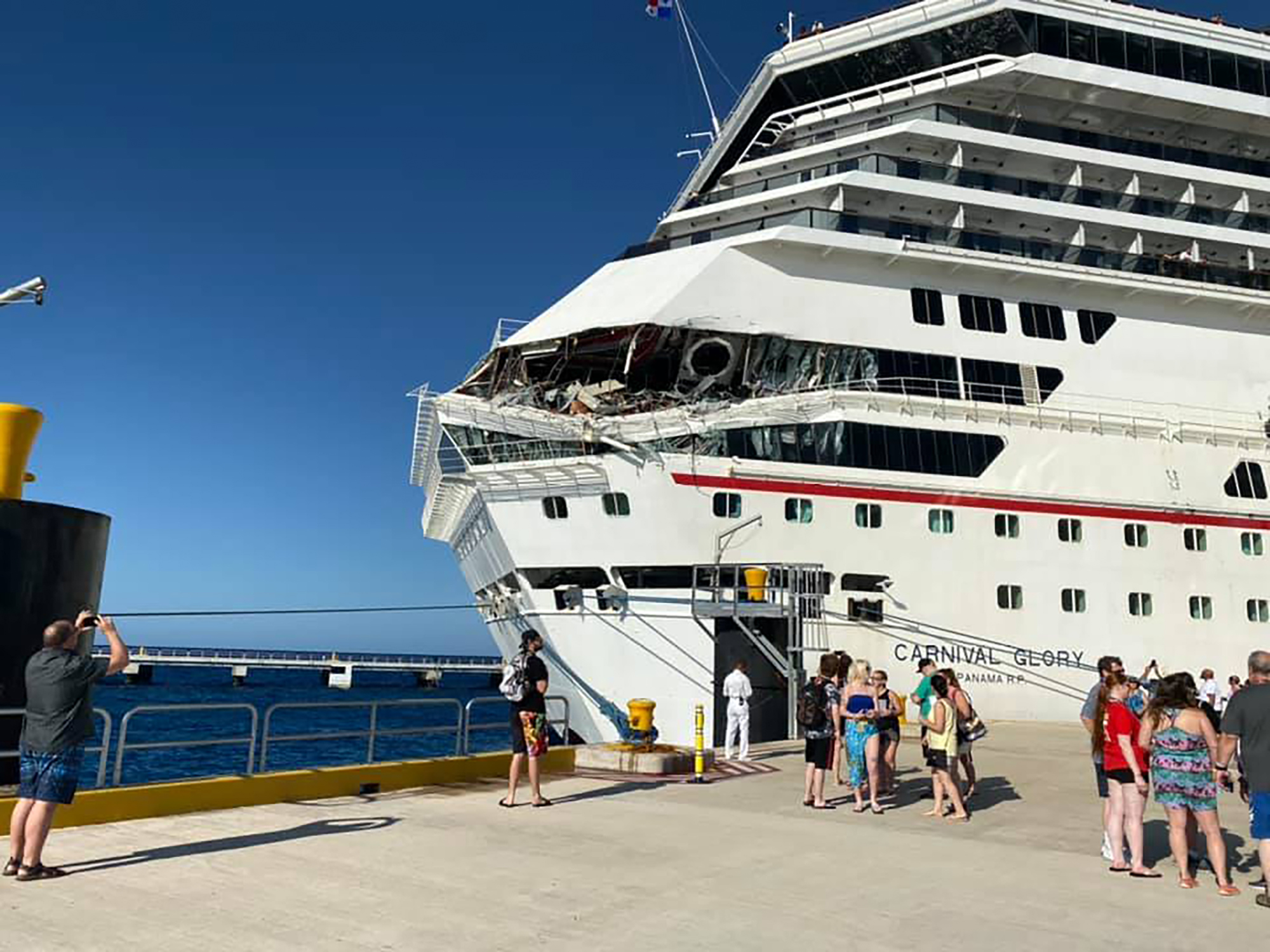 One guest sustained a minor injury as guests were being evacuated from the dining room on decks 3 and 4, according to the company.

It does not appear the either cruise liner's itinerary will be affected by the crash, as Carnival says they've told guests to enjoy their day ashore.

"Last night we experienced some major motion on the boat so this morning we assumed something similar was happening," Haynes told CNN. "We felt a jolt and didn't really think anything of it."