Two California inmates appeared to have overdosed. Others around them saved their lives 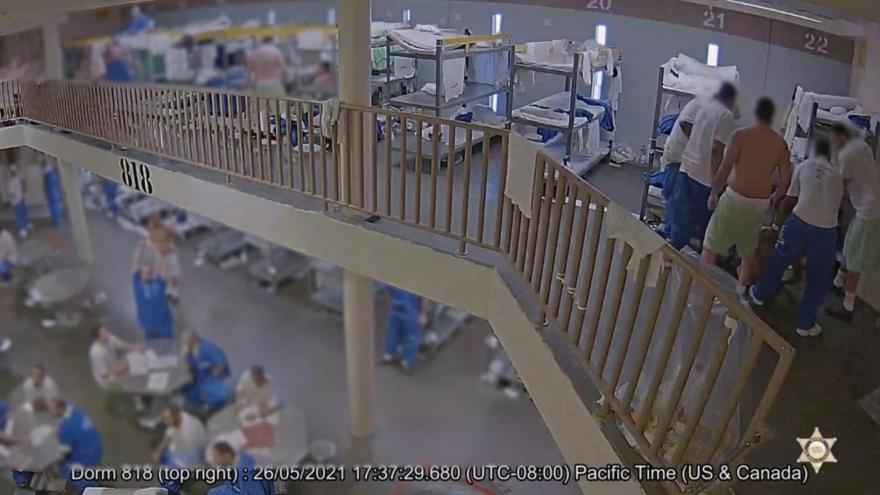 On Wednesday evening, deputies and staff in the facility responded to two inmates in medical distress and found the two unconscious and "suffering from possible overdoses," a news release from the Los Angeles County Sheriff's Department said.

But fellow inmates had already administered Naloxone -- also known as Narcan -- to those two people, preventing what could have been a "potential tragic outcome," the release said.

The drug, designed to reverse opioid overdoses, is sometimes called a "save shot."

The sheriff's department recently kicked off a pilot program -- at the direction of Sheriff Alex Villanueva -- that allows inmates access to Narcan, the release said. Inmates watch an instructional video on how to administer the drug during an orientation, it added.

After deputies and staff responded to the two inmates, a third person soon began to complain of dizziness and all three were treated by medical staff and taken to a local hospital, the release said. Several hours later, they returned to the facility.

"With opioid overdoses on the rise, (the Los Angeles County Sheriff's Department) wants to ensure that inmate safety is of utmost priority," Villanueva said in a statement on Twitter.

"I have implemented a Narcan Custody Pilot Project. In less than ten days the pilot project saved three inmates from an opioid overdose," he said.

If the program continues to save lives, the release said, the department will expand it to all custody facilities.