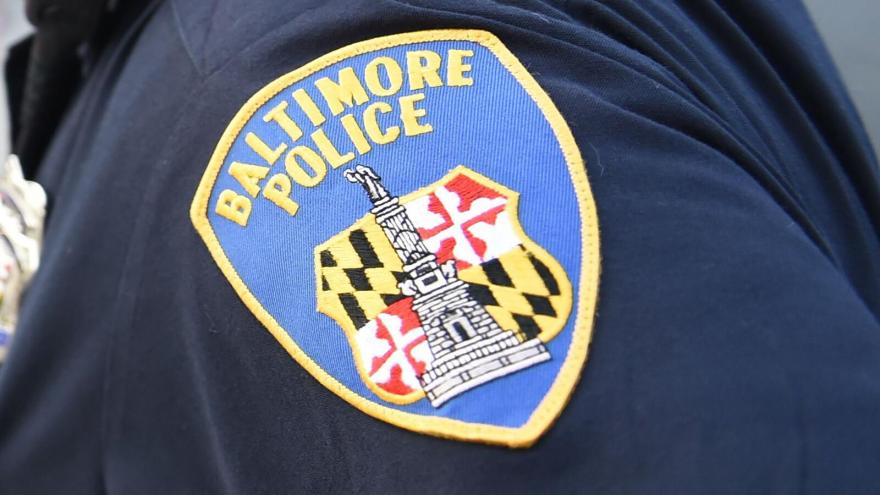 Two Baltimore police officers were indicted in a case involving the alleged assault of a teen during an arrest last year, according to prosecutors.

(CNN) -- Two Baltimore police officers have been indicted in a case in which a teenager was allegedly assaulted and threatened with death by choking during a car theft investigation, according to the Baltimore City State's Attorney's Office.

Officer Maxwell Dundore was indicted Thursday on charges of second-degree assault and misconduct in office stemming from the incident on April 27, 2020, according to a statement from prosecutors and the indictment.

Sgt. Brendan O'Leary, Dundore's supervisor, was indicted on charges of false statement and misconduct in office, the statement said.

"I will choke you. I will kill you," Dundore allegedly told the teen during the arrest, according to the indictment.

CNN has reached out to Dundore and O'Leary for comment.

"These indictments demonstrate our commitment to ensuring one standard of justice for all," State's Attorney Marilyn Mosby said in a statement.

The criminal charges come as the Baltimore Police Department has been under intense scrutiny since the implementation of a federal consent decree in 2017.

The decree stems from a US Justice Department investigation into the 2015 death of Freddie Gray, a 25-year-old Black man whose death in police custody led to unrest in the city and resulted in no convictions.

"I am disgusted by these allegations and remain committed to improving this culture and lack of humanity," Baltimore Mayor Brandon Scott said in a statement, referring to this week's indictments.

"I will continue to advocate before the Maryland General Assembly for the necessary local authority to immediately terminate officers for clearly egregious conduct in the interest of public safety."

Both Dundore and O'Leary have been suspended and assigned to administrative duties pending an internal investigation, police spokeswoman Nicole Monroe said. The department referred the case to local prosecutors.

CNN is not publishing the teenager's name because the disposition of his case in not known. CNN has sought comment from the state's attorney's office.

Dundore was investigating a report of a stolen vehicle that spring day when he encountered a 17-year-old on Mayfield Avenue. The young man was stepping out of the vehicle that had been reported stolen, according to the indictment.

When the teen allegedly attempted to run, the indictment said, Dundore "grabbed him around the waist, lifted him off the ground, and slammed him face-down onto the concrete."

The officer then allegedly wrapped his legs around the teen and placed his left arm around his neck, according to the indictment.

"I swear to God, I'll choke you out if you don't stop," Dundore allegedly said as the teen struggled to free himself, according to the indictment.

The teenager continued to struggle and kicked in the direction of another officer, the indictment said.

Dundore then held the young man under his chin, near the throat, and pulled his head back with both hands. "I will choke you. I will kill you," the indictment quotes Dundore as saying before releasing the teenager.

By the time Dundore let go of the teen, several other officers had placed him in handcuffs while he was on the ground, the indictment said.

Dundore allegedly pushed the teen on the right side of his face, and as the officer stood and stepped over him, he "back-kicked" the young man in the face, according to the indictment.

After the teen was in custody, the indictment said, Dundore called him a "stupid a**" and told him to "shut up" when the young man complained about the officer kicking him in the face.

O'Leary, as Dundore's supervisor, responded to the scene and was required to "conduct (a review) and document the use of force incident," according to the indictment.

O'Leary told investigators he had reviewed body-worn camera footage of the incident but the footage did not "support the statements, observations and conclusions" in the sergeant's report, the indictment said. Prosecutors said there were several discrepancies in his account.

The sergeant's report "minimized the severity of Officer Dundore's actions, materially distorted the nature of the incident to justify unlawful police conduct, and mislead [sic] investigators into concluding that the actions of Officer Dundore were within BDP policy," according to the indictment.

The 2017 federal consent decree, which mandated systemic reform, stemmed from a US Justice Department civil rights investigation that revealed a "pattern-or-practice of constitutional violations," including excessive force and racially biased arrests by Baltimore police.

The 2015 death of Gray at the hand of police instigated a new push for stronger accountability laws and set the precedent in Baltimore and in cities across the country for implementing significant law enforcement reform.