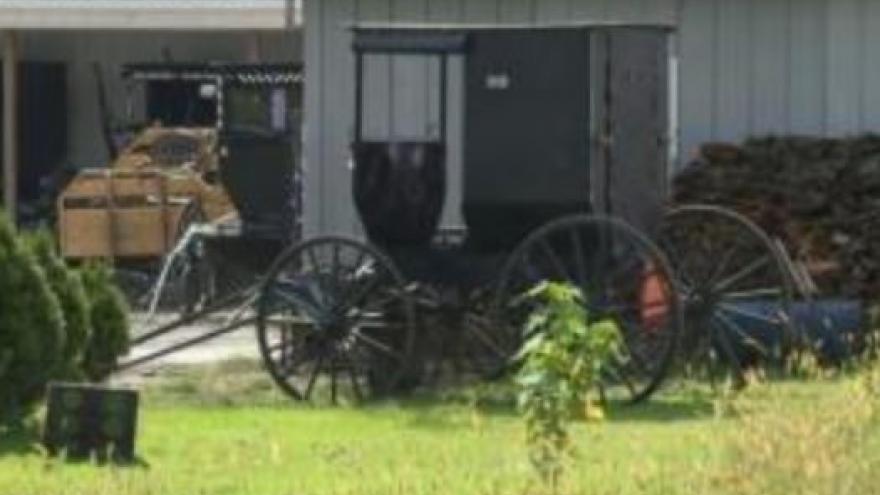 ** Embargo Cleveland-Akron, OH ** Police officers often say no traffic stop is routine and there was nothing routine when a Trumbull County Sheriff's deputy pulled over an Amish buggy this past weekend.

(CNN) -- Picture this: Two Amish men drinking alcoholic beverages while operating a horse and buggy carrying a 12-pack of Michelob Ultra and outfitted with a giant stereo system.

It's not something you see every day. But the Trumbull County Sheriff's Department in Ohio say that's exactly what they witnessed during a routine patrol in the county's Amish community.

Deputy Eric Hermsdorfer came across the men while on patrol the early morning of September 15. When he attempted to stop and question them about drinking and driving, they leaped out of the buggy and disappeared into the woods by the side of the road, according to a police report.

Meanwhile, the horse pulling the buggy also took off, but Hermsdorfer caught up to it. The men, though, were gone.

Yeah, definitely not a routine stop.

Hermsdorfer turned the horse over to a local farmer until the two men came forward. The sheriff's department has attempted to call different people to pick up the horse, but no one has answered the phone, according to the report.

The two men could be charged with failure to comply with the deputy's commands, Chief Deputy Joe Dragovich told CNN affiliate WJW.

Dragovich also said drinking and driving laws still apply to the buggy, even if it's pulled by a horse and not licensed.

"Maybe there's just that fear of the consequences -- and that would be a reality check for them, that there are consequences," he said.

Still, he's encouraging the two men to come forward and retrieve their horse and buggy.