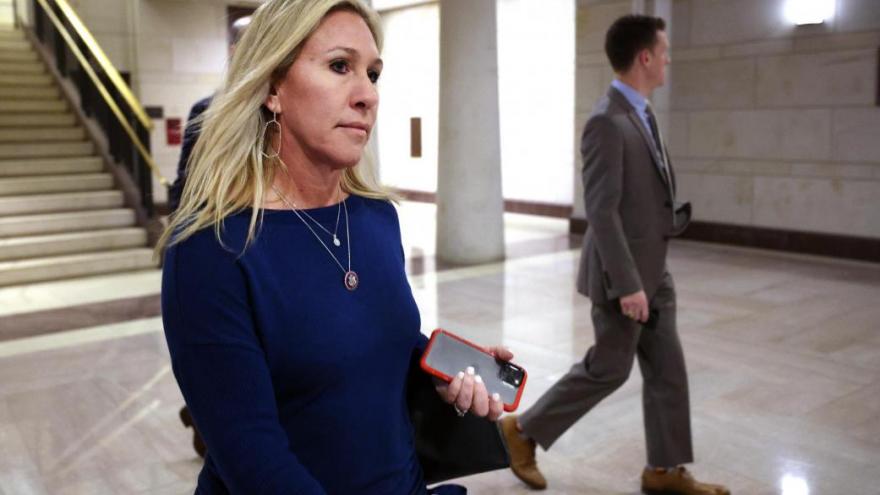 The Georgia Republican, who has a track record of incendiary rhetoric, will not be able to tweet for 12 hours due to Twitter's policy against people who repeatedly share misinformation.

The social media platform had labeled two tweets from Greene as "misleading" in recent days. If she continues to share misinformation about Covid-19 through her Twitter account, Greene could be suspended from the platform permanently.

The temporary suspension comes as the White House has struck a confrontational posture with social media platforms over the prevalence of misleading claims about coronavirus vaccines as cases tick up nationwide.

President Joe Biden has specifically called out Facebook over the dissemination of Covid-19 vaccine information, but he backed off his recent accusation that the company was directly responsible for "killing people" and suggested it was merely allowing misinformation to spread.

"My hope is that Facebook, instead of taking it personally, that somehow I'm saying Facebook is killing people, that they would do something about the misinformation, the outrageous misinformation about the vaccine. That's what I meant," the President said Monday following a speech at the White House about the state of the economy.

Greene had received a 12-hour suspension from Twitter earlier this year following a conspiracy-laden thread about the Georgia Senate elections. Some of those tweets earned labels from Twitter noting: "This claim about election fraud is disputed, and this Tweet can't be replied to, Retweeted, or liked due to a risk of violence."

The Georgia Republican has tried to make a name for herself being an outsider and a rabble-rouser and routinely uses parliamentary procedures to slow down House floor business, much to the dismay of her colleagues.

But the tactics have helped her win support on the far right. In April, her campaign announced she had raised $3.2 million in the first three months in office -- an astonishing amount for a freshman member.