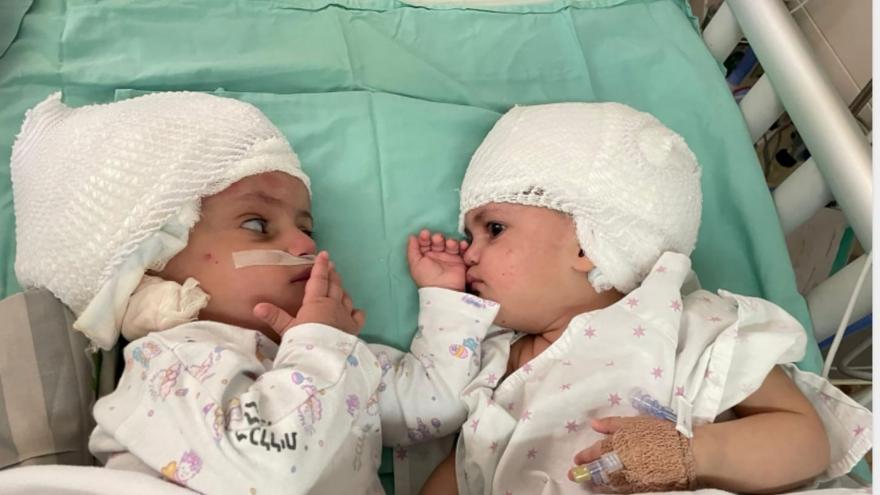 (CNN) -- One-year-old Israeli twin girls, who were born joined back-to-back at the head, have been separated after a rare and complicated surgery.

The sisters, whose names were not provided, underwent a 12-hour operation at Soroka Medical Center in Beersheba, Israellast week.

The procedure was extremely rare, the hospital said in a statement on Sunday, and came after months of preparation.

Following the operation, the twins can now face each other for the first time since they were born in August last year.

"This is a rare and complex operation performed so far in the world only about 20 times, and for the first time in Israel," Mickey Gideon, director of pediatric neurosurgery at Soroka Medical Center, said in a statement.

Gideon saidthe operation's success reinforced "the sense of mission that made us doctors."

But he cautioned that "the next few days will be critical in the process of the twins' recovery."

Dozens of staff cared for the twins and prepared them for surgery, the hospital said.

The long road to the operation itself began several months ago, when skin and tissue expanders were introduced under the girls' scalps, in order to stretch the skin, allowing surgeons to close the scalps after the separation.

The surgery was planned with 3D models and virtual reality technology and the months-long process involved a total of 50 hospital staff.

Conjoined twins occur once every 200,000 live births, according to the University of Minnesota. They are always identical and most are female.

It is especially rare for twins to be joined at the head. Last year, twin girls who were also conjoined back-to-back at the head were separated in a hospital in the Vatican.