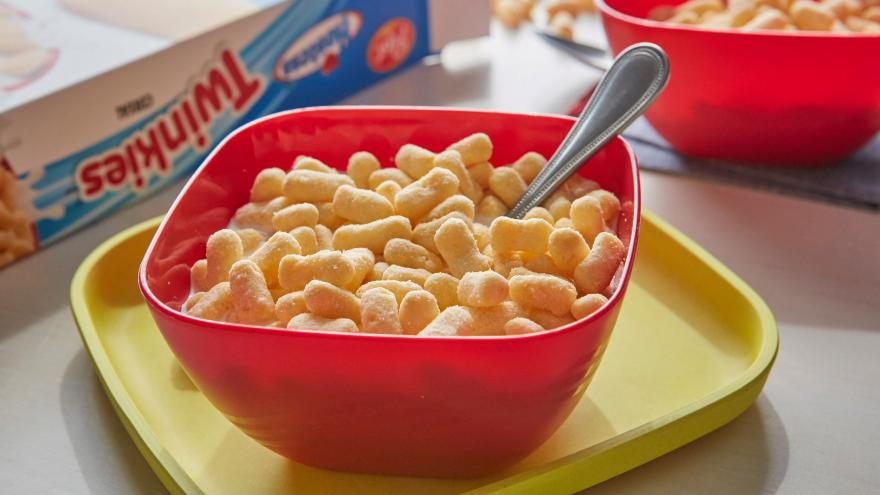 (CNN) -- More than six years after a Twinkies shortage gripped the United States, the sweet snack is stronger than ever and taking on new forms.

Post is partnering with Hostess to turn the 90-year-old treat into a cereal that will be available nationwide in late December. The taste of Twinkies Cereal "replicates the distinctive taste and familiar oblong shape" of the snack cake, according to a press release.

Josh Jans, Post's brand manager of cereal partnerships, said the company conducted "multiple consumer tests" to nail down the sweet flavor of Twinkies, which are cream-filled yellow sponge cakes. "We think fans will find that it not only tastes great with milk but also outside the bowl," he added.

Twinkies are one of the country's oldest and most recognizable snacks.

Created during the Great Depression, Twinkies were in production until 2012 when Hostess filed for bankruptcy and temporarily shuttered after struggling with high cost structures and slowing demand. The company was bought by private equity firms and reemerged with a smaller headcount called Hostess Brands. Gores Group bought a majority stake for $725 million in July 2016.

Post said that Twinkies "rank highest in consumer loyalty among Hostess brands." The cereal is the latest combination between Hostess and Post. The companies previously turned Hostess' Honey Bun and Donettes snacks into breakfast cereals.