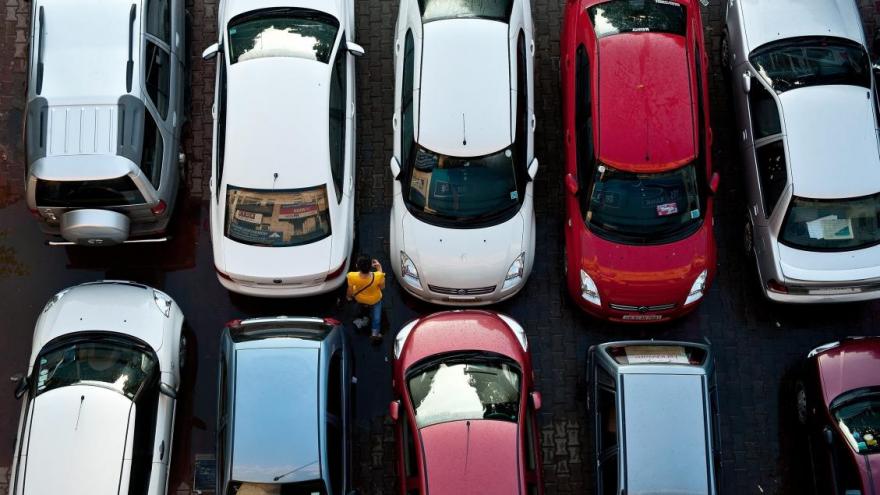 Twin 3-year-old girls in foster care were found dead Sunday in a hot vehicle in Georgia, according to a statement by the City of Hinesville.

(CNN) -- Twin 3-year-old girls in foster care were found dead Sunday in a hot vehicle in Georgia, according to a statement by the City of Hinesville.

The statement said someone called 911 at 1:42 p.m. to report that two children who'd been missing had been found unresponsive in a vehicle in the backyard of a home.

First responders arrived and found the two deceased toddlers inside. The temperature was around 92 degrees Fahrenheit at the time, according to CNN Weather.

The girls, Raelynn and Payton Keyes, were in foster care, according to Whitney Morris-Reed, public relations manager for the City of Hinesville. Police said the girls didn't reside at the house where they were found but often spent time there.

"A search warrant for the home was obtained and GBI was contacted to assist with the investigation," according to the city's statement. "A crime scene unit processed the scene with the assistance from GBI and the bodies of the children were removed from the scene and taken to the crime lab. Autopsies will be performed on Monday, September 30."

Captain Tracey Howard with Hinesville police told CNN affiliate WTOC that it's too early in the investigation to determine how the children ended up inside the car.

The girls had been living with their foster parents and two other siblings for about a year and a half.

This is the second incident involving twins and hot vehicles in recent days.

An 11-month-old boy died after he and his twin sister were left for hours in a vehicle at a car dealership in Oxford, Alabama, authorities said Friday.

Their father, who works for the dealership, had taken the twins out of the backseat of his personal car by the time officers arrived, the chief said. The children were still in their carseats.

Both were transported to the Regional Medical Center emergency room, where the boy died. His twin sister is doing well, Partridge said.