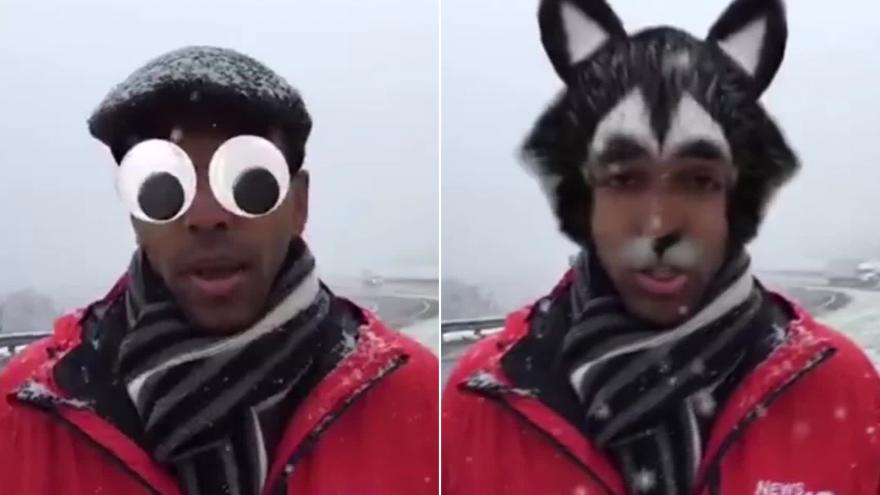 (CNN) -- In the news industry, mistakes aren't taken lightly as viewers trust journalists to relay the day's news accurately. But for Justin Hinton, a reporter with CNN affiliate WLOS, his latest blooper had even his bosses laughing.

On Thursday, Hinton set out to Madison County in North Carolina to report on the snowfall and how it was affecting the roads.

But as he started broadcasting his report live on the station's Facebook page, a gold medallion and headband popped up around his face and gold confetti started raining down.

Hinton continued his report professionally, but no matter how serious his tone, the face filters just got crazier.

There he was holding fake giant dumbbells. Then came a wizard hat and beard, followed by giant googly eyes and finally a purple mustache.

Hinton apparently had no idea -- he said he had accidentally turned on the app's face filters before going live.

"The (photographer) I was working with said something about the screen having weird faces," Hinton said in a Facebook post. "He didn't elaborate, so I said it would probably go away. Needless to say, it did not go away." 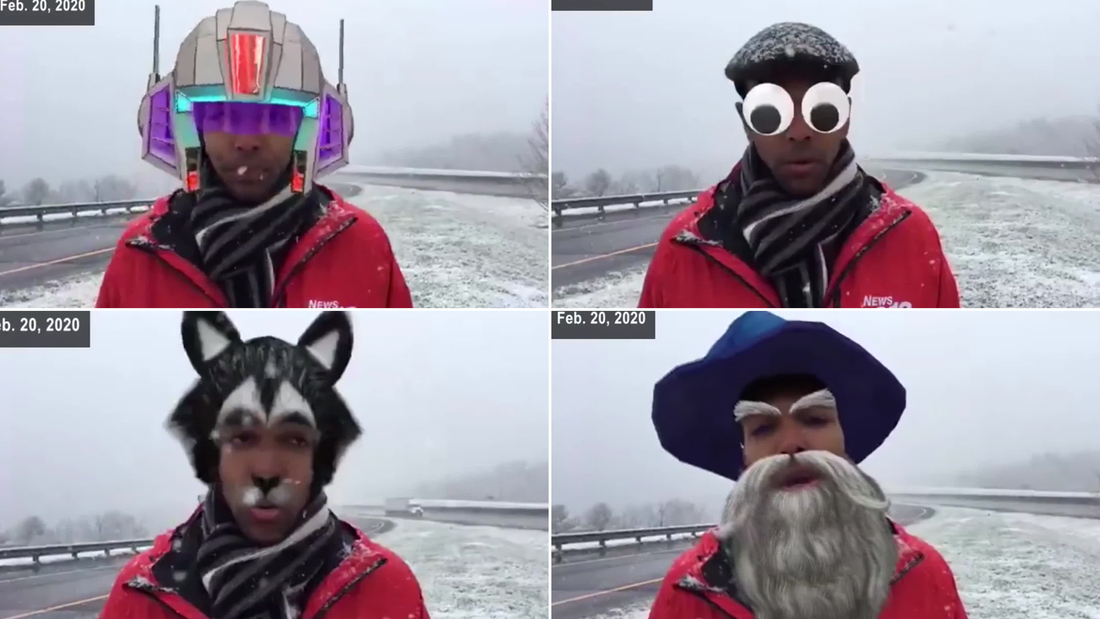 "These filters are cracking me up," one person commented. "I would watch the weather more!" another commented.

Hinton didn't realize the unexpected humor he had brought to his report until he saw the comments, he said.

"My bosses, coworkers, friends PIOs and more called/texted saying how funny it was," Hinton added.

Thursday's blooper will likely make Hinton double-check the filter setting the next time he goes live, but he took the moment in stride.

"If you can't laugh at yourself, what's the point of laughter?" Hinton said in his Facebook post. "I hope you enjoyed the snow day, and remember to smile and laugh!"