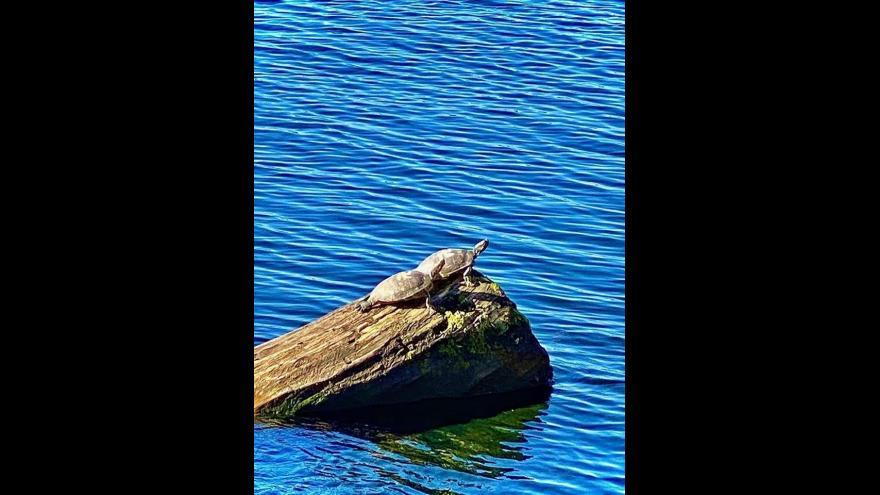 Renton Police were made aware that two turtles had swasikas markings painted on their shells.

(CNN) -- Two turtles with what appear to be swastikas painted on their shells were seen in a park in Washington state.

Police in Renton learned that the turtles "had some markings painted on their shells," according to a post Tuesday on the department's Facebook page.

The Anti-Defamation League Pacific Northwest tweeted, "two turtles were spotted with their shells painted with what appear to be swastikas in bright, thick lines at Gene Coulon Memorial Beach Park. This inhumane and offensive act has no place in our community."

Others suggested the markings could be a swastika -- a symbol associated with Nazis -- that's been flipped and so carries a different meaning, CNN affiliate KIRO reported.

"There's a side of me that wants to think the best in people, so I'm thinking perhaps it's a cultural meaning," said Phoukham Kelly Bounkeua.

Renton police couldn't immediately track down the turtles, they said. "Our Animal Control Officers will check their typical sunning spots from time to time in the hope of capturing them for a quick cleanup and health check," their post said.

Renton officials are now getting federal help to try to capture and clean the animals, they said, according to KIRO.

A Rally Against Hate is scheduled Saturday afternoon at the park.