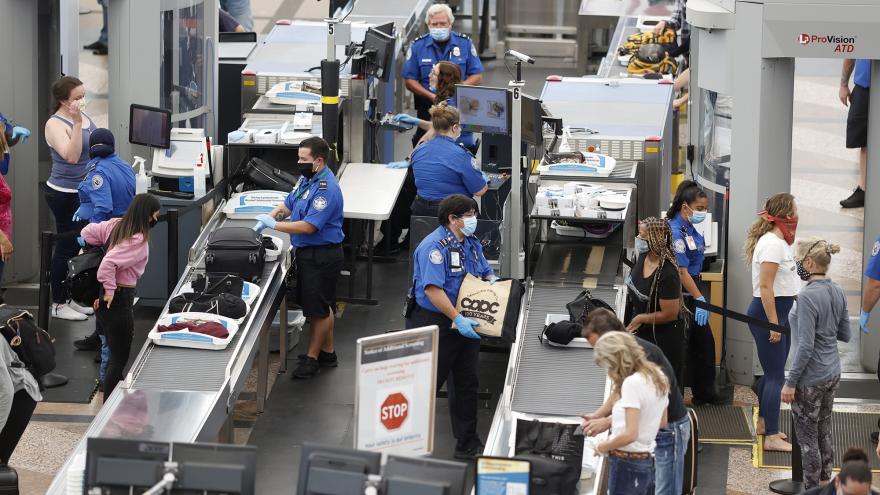 (CNN) -- Air travel appears to be on the rise after facing challenges from the coronavirus pandemic. More than 1 million passengers were screened by the Transportation Security Administration on Sunday, according to the agency.

Airport screenings reached a total of 1.03 million people, the most since March 16. But that's still down from the same day in 2019, when 2.6 million people were screened through TSA checkpoints. Since the pandemic hit, US airports have screened fewer than half of travelers than the same time last year, according to the CNN Business Recovery Tracker.

The recent bumps in passenger screenings could be a sign that more people feel safe to travel, though cases are once again on the rise across the United States, with more than 48,000 new cases reported yesterday, according to Johns Hopkins University.

So far it's been a tough year of losses for the airline industry. After federal aid expired in October, both United Airlines and American Airlines announced job cuts totaling 32,000 airline employees. Concurrently, US airline revenue has plunged roughly 86% from last year, topping $12 billion in combined losses during the second quarter.