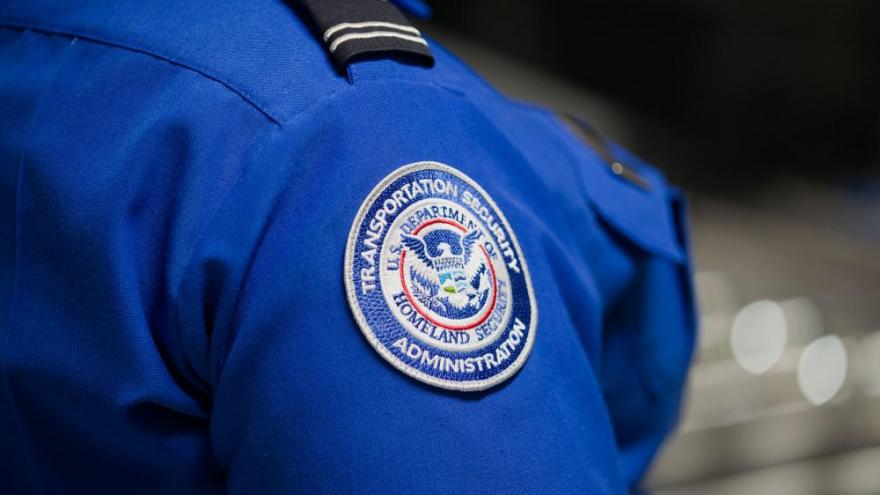 Over the July Fourth weekend alone, the Transportation Security Administration officers caught 70 guns at airport checkpoints, and 60 were loaded.

(CNN) -- The number of guns found at airport checkpoints nationwide this year is fast approaching the number caught in all of 2020, officials say, and the uptick is slowing down screening lines as masses of passengers return to air travel.

Over the July Fourth weekend alone, officers caught 70 guns at airport checkpoints, and 62 were loaded, Rodriguez said. Guns weren't the only dangerous items screeners caught: A traveler at the Norfolk airport brought 13 firecrackers, a passenger at O'Hare arrived with brass knuckles and Boise, Idaho, screeners found both a loaded firearm and a hatchet in a man's carry-on, TSA said.

The weapons are part of an uptick that started during the pandemic, when the rate of confiscated weapons soared even as traveler numbers plummeted. Now, they say one factor is a high number of first-time fliers, and others who are out of practice.

In July 2020, when checkpoint traffic dropped to only about a quarter of the usual, officers found guns at three times the usual rate. Over the entire year, TSA found 3,257 firearms, about double the usual rate. Nearly 9 out of 10 were loaded, TSA said.

In addition to steep fines and criminal prosecution, bringing a gun to a TSA checkpoint triggers a response that slows the screening process for other passengers.

That comes as passenger numbers, which dropped during the pandemic, are rebounding. In the last week, TSA has screened about 80% of the traffic it did pre-pandemic, with a few days actually busier than the equivalent weekdays in 2019.

The agency launched a hiring campaign this spring to handle the surge. It set a goal of hiring 6,000 officers nationwide by Labor Day.

Most passengers caught armed report forgetting the guns were in the bags, TSA says. It offers a simple solution for that problem: Start packing for a trip with an entirely empty suitcase.

Federal regulations allow passengers to pack firearms in checked luggage -- which must be deposited at airline check-in counters rather than taken through passenger checkpoints. The rules require passengers to declare firearms to airline agents, and pack weapons unloaded in hard-sided and locked containers.

The agency says it fines passengers up to $2,475 for bringing unloaded guns through checkpoints and up to $10,000 for a first offense of bringing a loaded gun. Officers also refer passengers for criminal prosecution, and penalties can be higher for repeat offenses.

CORRECTION: A previous version of this story incorrectly stated the number of loaded guns found at airport checkpoints over the July Fourth weekend. There were 62 loaded guns.