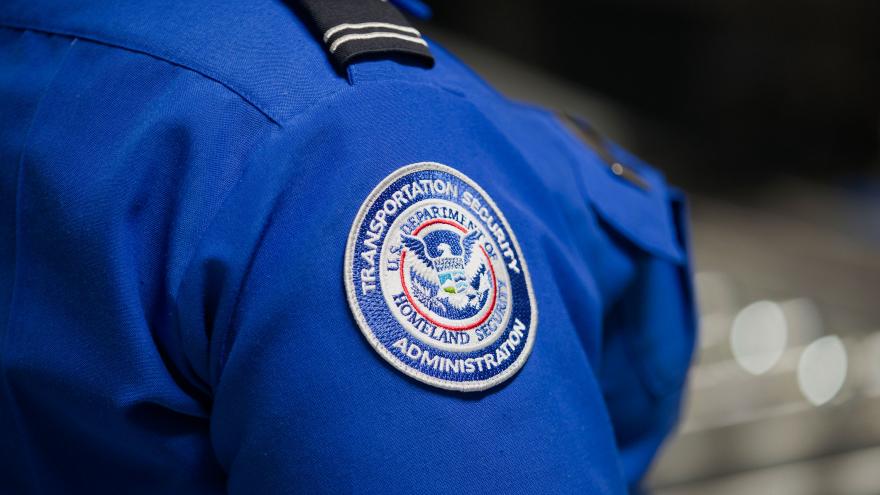 (CNN) -- The Transportation Security Administration announced more than 20 new cases of coronavirus among its airport screening workforce on Friday.

A total of 64 transportation security officers have tested positive since the outbreak began, according to data from the agency. Forty-six of the positive results came in the last 14 days.

Amid the outbreak, the agency has closed checkpoints at some airports due to massive drops in passengers and, in some cases, coronavirus infections, according to an aviation official familiar with the matter.

The agency on Thursday screened only 8% of the number of people it saw on the same day in 2019 -- the first day in the coronavirus outbreak that the agency has screened less than 10% of last year's traffic.

The agency said Friday that it will begin supplying its officers with the N95 respirator masks that health care workers use as one form of protection against the virus. Officers were previously allowed to wear some masks, but not the N95.

An agency official said the masks are already available at some airports and will go out to other airports next week.

Many of its officers already wore protective gloves when interacting with the public, and since the start of the outbreak, the agency has required more officers -- such as those who handle passengers' identification cards and boarding passes -- to wear gloves, too.

The union representing TSA officers, part of the American Federation of Government Employees, said it has been asking for permission to wear the respirators since January. The union's president told CNN he has held multiple calls with agency officials related to the requests.

It said the agency notified employees of the change by email this week.

TSA said in a statement: "TSA remains committed to the health and safety of our workforce and is now authorizing the use of eye protection and N95 respirators for employees. Employees have had the option to wear surgical masks since the beginning of the pandemic, and use of TSA standard nitrile gloves continues to be mandatory. These efforts, combined with CDC recommendations, including washing of hands, will help further lower the risk of exposure to the TSA workforce."

As the number of travelers nationwide has dropped, TSA has cut back on the number of checkpoints it operates, particularly at medium-size and large airports, according to an aviation official familiar with the matter. In some cases, the official said, the reductions have been linked to a reduced availability of officers to work.

The official noted that the drop in traffic means multiple security lanes are not needed and can be consolidated. The closures have also allowed it to space out the number of lanes that are operational.

The agency notified airlines earlier this month that its local managers may close some of the special screening checkpoints used by pilots and flight attendants, known as the Known Crewmember program, due to the virus.

Nearly half of the TSA coronavirus cases are in the New York and New Jersey region, which has become an epicenter of the virus in the US. Nineteen officers at New York's John F. Kennedy airport have tested positive.

The test results have resulted in dozens more transportation security officers protectively self-quarantining, according to the union.