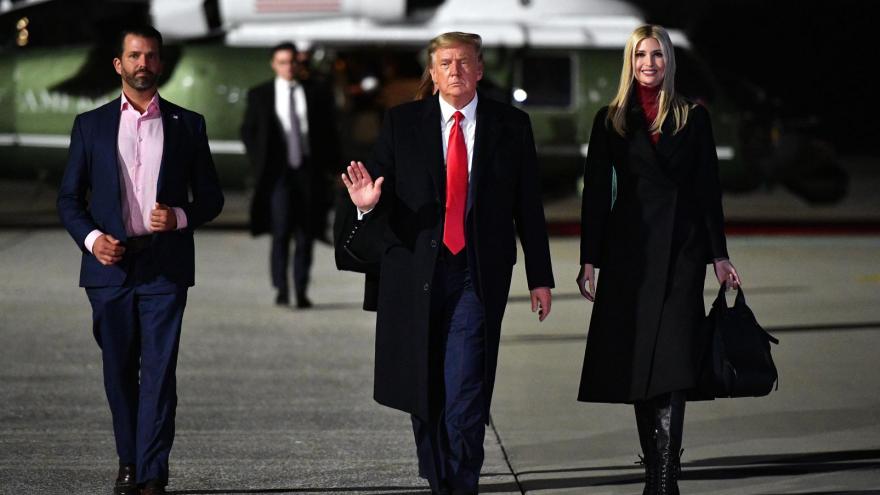 (CNN) -- Lawyers for former President Donald Trump and the New York attorney general have reached an agreement to postpone depositions in the civil investigation into the Trump Organization until after an appeal is decided, likely pushing off any testimony for at least several months.

In the deal, which was signed off by a New York state judge, both sides agreed to an expedited briefing schedule that would conclude by March 31. The Trumps would be required to sit for depositions, if they lose the appeal, 14 days after a decision is rendered.

It is not clear how quickly the appeals court will rule. Under the lower court ruling, the former President, Donald Trump Jr., and Ivanka Trump were ordered to sit for depositions by March 10.

The Trumps have argued that if New York Attorney General Letitia James wants their testimony, she should bring them before a state grand jury investigating the Trump Organization. The Trump lawyers claimed that she is trying to end-run the grand jury process, where witnesses receive transactional immunity for their testimony in New York.

But the state judge rejected the Trumps' arguments last month, noting they could invoke their Fifth Amendment rights against self-incrimination during their depositions and refuse to answer questions, as Eric Trump did in 2020.

In a civil case, the jury can draw an "adverse inference" and hold it against individuals who don't answer questions.

During a recent court hearing in the civil case, Ronald Fischetti, an attorney for Donald Trump, argued that if the former President declined to answer questions, it would be on the front pages of newspapers, which would make it harder for them to find an unbiased jury, if it came to that.

The New York district attorney's and attorney general's investigations are focused on the accuracy of financial statements Donald Trump provided to lenders, insurers and others.

In January, James said her office had found "significant" evidence "indicating that the Trump Organization used fraudulent or misleading asset valuations to obtain a host of economic benefits, including loans, insurance coverage, and tax deductions." On the financial statements, she alleged, there were numerous "misleading statements and omissions."

The burden of proof in civil investigations is lower than for criminal investigations. To bring a criminal case, prosecutors would need evidence of Trump's state of mind and whether he intended to mislead or defraud anyone when he made statements embellishing the value of his properties.