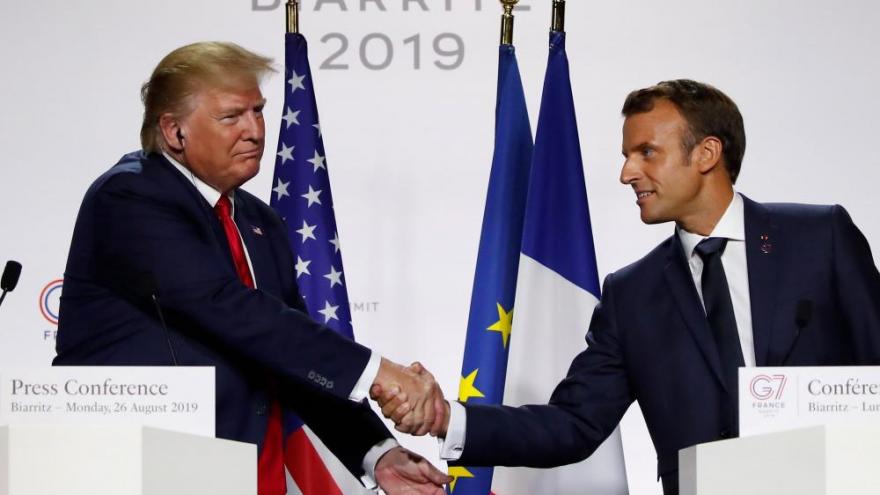 The United States and Mexico have struck an anti-dumping agreement on tomatoes that makes US growers happy but might mean higher prices for consumers.

(CNN) -- The United States and Mexico have struck an anti-dumping agreement on tomatoes that makes US growers happy but might mean higher prices for consumers.

Mexican-grown tomatoes were hit with tariffs in May after a previous trade agreement lapsed amid ongoing negotiations. The US has long complained that Mexican growers were selling their tomatoes for less than the cost of producing them and undercutting American farmers.

The deal is open to public comment for 30 days before going into effect on September 19.

"This draft agreement meets the needs of both sides and avoids the need for antidumping duties," Secretary of Commerce Wilbur Ross said in a statement.

US tomato growers said they would back the deal.

"Tomato producers across America, including those in Arizona, California, the Carolinas, Florida, and Georgia will benefit from the elimination of the unfair trade practices we have seen from these Mexican tomato imports," he said in a statement.

But US importers warned that the new inspection requirements could lead to an increase in prices, and a backup at the border.

"Because of the sheer volume of tomatoes shipped north from Mexico to the US, we can expect the inspections to create substantial delays that compromise the quality, affordability and availability of tomatoes to American consumers and will create bottlenecks for other goods crossing the border," said Lance Jungmeyer, president of the Fresh Produce Association of the Americas, in a statement last week.

But without an agreement in place at all, prices could have gone up by at least 40%, according to an estimate by economists at Arizona State University.

The deal reached last week is unrelated to the President's replacement for the North American Free Trade Agreement, which must be approved by Congress before going into effect. It's unclear whether House Speaker Nancy Pelosi will bring it up for a vote before the end of the year.