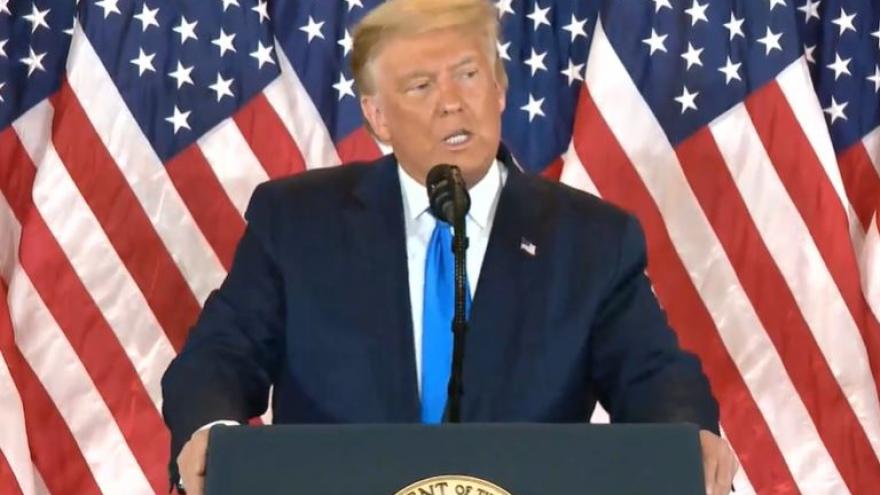 Democrat Joe Biden’s campaign says it will fight any efforts by President Donald Trump’s campaign to go to the U.S. Supreme Court to prevent ballots from being tabulated.

In a statement sent before 4 a.m. Wednesday, Biden campaign manager Jen O’Malley Dillon called Trump’s statement that he will “be going to the U.S. Supreme Court” and that he wants “all voting to stop” “outrageous, unprecedented and incorrect.”

O’Malley Dillon says the Biden campaign has “legal teams standing by ready to deploy to resist that effort.” And she says, “They will prevail.”

WASHINGTON (AP) — President Donald Trump is vowing to ask the Supreme Court to weigh in on the inconclusive election.

The Associated Press has not declared a winner in the presidential race.

Trump appeared before supporters at the White House early Wednesday morning and cried foul over the election results, calling the process "a major fraud on our nation." But there's no evidence of foul play in the cliffhanger.

The night ended with hundreds of thousands of votes still to be counted, and the outcome still unclear in key states he needs if he is to win against Democrat Joe Biden.

Nevertheless, he has cast the night as a disenfranchisement of his voters. He said: "We will win this and as far as I'm concerned we already have won it."

Trump says: "We'll be going to the U.S. Supreme Court — we want all voting to stop." In fact, there is no more voting — just counting.