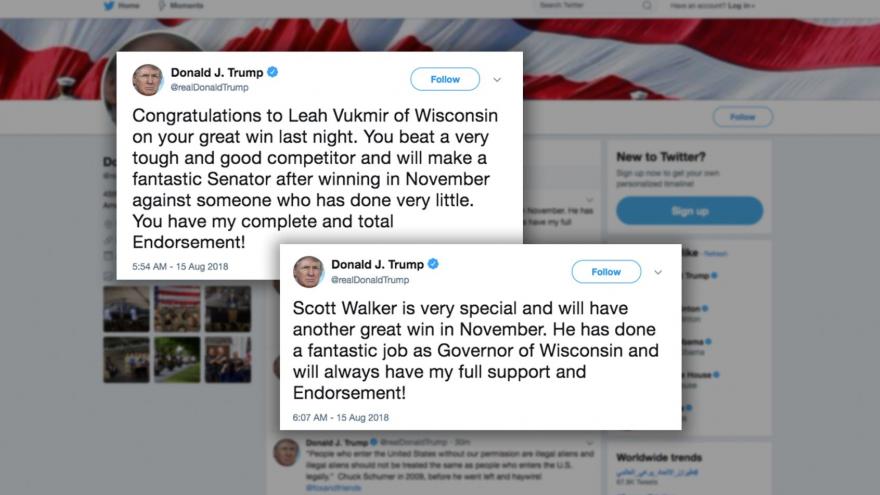 Trump did not endorse in either primary. But on Wednesday, he tweeted strong support for Senate GOP nominee Leah Vukmir and Bryan Steil (STYLE), winner of the 1st Congressional District GOP primary.

Trump says Steil "will be replacing a great guy in Paul Ryan, and your win in November will make the entire State of Wisconsin very proud. You have my complete and total Endorsement!"

Trump tweeted, that Vukmir "beat a very tough and good competitor and will make a fantastic Senator after winning in November against someone who has done very little."