Trump to visit CDC on Friday after reversing decision to cancel 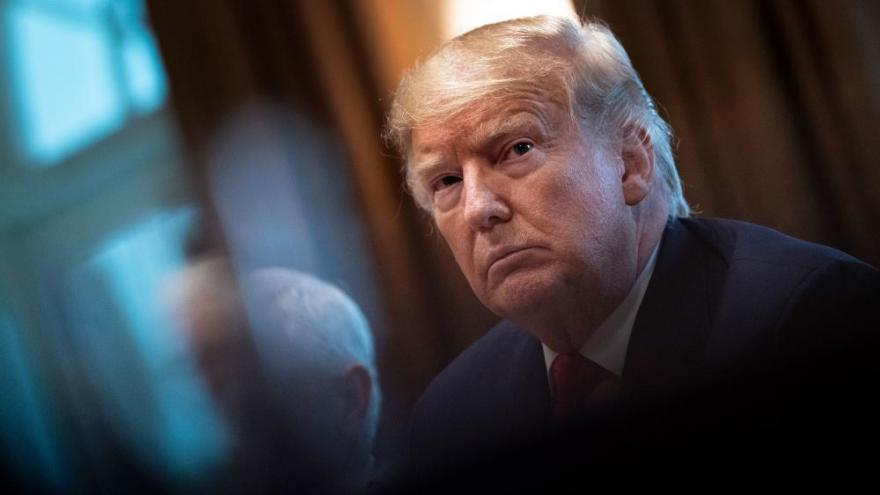 The White House canceled a planned presidential visit to the Centers for Disease Control and Prevention in Atlanta, citing the interference a trip may cause amid a growing coronavirus outbreak.

(CNN) -- President Donald Trump will visit the Centers for Disease Control and Prevention in Atlanta on Friday, coming just hours after a White House official said the leg of his trip was canceled, citing the interference a trip may cause amid a growing coronavirus outbreak.

White House press secretary Stephanie Grisham confirmed the visit Friday morning. Earlier, a White House official said that the visit was scrapped because Trump did not want to be a distraction at the agency.

"The President is no longer traveling to Atlanta today," a White House official said. "The CDC has been proactive and prepared since the very beginning and the President does not want to interfere with the CDC's mission to protect the health and welfare of their people and the agency."

But Trump contradicted that message later Friday morning, telling the press he might still go.

"We may go. They thought there was a problem at CDC, somebody that had the virus," Trump said in the Diplomatic Reception Room of the White House, during a signing of bill to spend more than $8 billion to fight the virus. Trump added that the person in question at the CDC has tested negative for the virus.

"They've tested the person very fully and it was a negative test," Trump said. "I may be going. They're going to see if they can turn it around with Secret Service."

The White House announced the CDC visit earlier this week in the wake of intense criticism over the agency's slow diagnostic testing rollout and for defects in some of their early test kits.

Speaking alongside the President earlier this week, Vice President Mike Pence said that Trump would be visiting the CDC "before the week is out."

And Thursday night, Pence said Trump would sign the newly-passed coronavirus spending legislation during his trip to Atlanta.

"As I mentioned, federal assistance was approved by the United States Senate. President Trump is expected to sign the legislation tomorrow as he visits the CDC in Atlanta," Pence said during a briefing with Washington Gov. Jay Inslee.

A presidential visit carries with it a big footprint -- numerous Secret Service agents, staffers, and press were expected to attend alongside Trump -- and these sorts of visits require significant resources from local law enforcement that can distract from the work at hand.

But Trump is expected to bring a similar distraction Friday when he travels to Nashville, Tennessee, to survey damage and review recovery efforts after a tornado ripped through the state earlier this week. And earlier in the week, Trump visited the National Institutes of Health in Bethesda, Maryland, to discuss the efforts against the coronavirus.

Later Friday, Trump is expected to travel to his Mar-a-Lago club in Florida for campaign fundraisers.