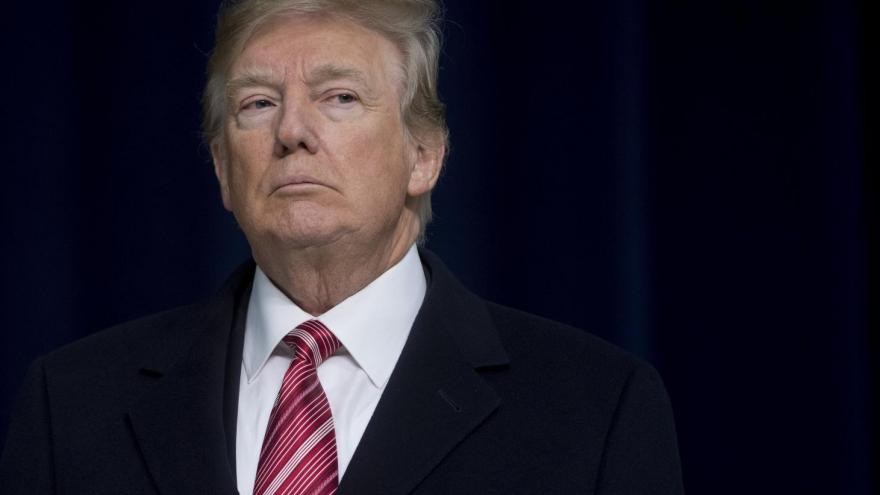 (CNN) -- Former President Donald Trump will speak at the Conservative Political Action Conference in Orlando, Florida, next Sunday, according to a source familiar with the matter, while former Vice President Mike Pence declined an invitation to speak at the conference, two sources told CNN.

One source said organizers still hope to change Pence's mind about attending, while another source said Pence is planning to stay under the radar for the next six months. Politico first reported that Pence declined the invitation.

The divergence between the two former leaders, which comes as the GOP is grappling with its future in the wake of the Trump presidency, follows tensions between Trump and Pence surrounding the January 6 riot at the US Capitol and Pence's role certifying the results of the election for President Joe Biden.

"We accept Joe Biden is the duly elected president of the United States," former Pence chief of staff Marc Short told CNN's Pamela Brown on "Newsroom" Saturday evening, despite Pence playing a role in perpetuating baseless election fraud theories that Trump repeatedly pushed ahead of the attack on the Capitol.

Short said Saturday that Trump and Pence "departed amicably" and that they've spoken since.

The source familiar with Trump's plans to attend CPAC, who is also familiar with the former President's speech, told CNN on Saturday that "he'll be talking about the future of the Republican Party and the conservative movement."

"Also look for the 45th President to take on President Biden's disastrous amnesty and border policies," the source added.

The speaking engagement would mark Trump's first public appearance following his departure from the White House last month and comes as senior Republicans are split over how to treat the former President, with his loyalists paying him visits recently in Florida.

Rep. Steve Scalise of Louisiana, the No. 2 House Republican, met privately with Trump on Tuesday at Mar-a-Lago, CNN reported, the day before Senate Republican leader Mitch McConnell vowed never to do so.

The simmering feud between Trump and McConnell has escalated in recent days, raising questions about whether the two can ever work together for the future of the GOP.

Trump went after McConnell in a lengthy statement released Tuesday night after McConnell harshly criticized the former President from the Senate floor last Saturday and in an op-ed on Monday in the Wall Street Journal, despite voting to acquit Trump in his second impeachment trial.

In his Tuesday statement, Trump vowed to endorse candidates in Senate primaries who espouse his world view -- something that could lead to a clash with McConnell's preferred candidates as the seven-term senator pushes Republicans whom he believes stand the best chance of winning in next year's midterm elections.

That tension underscores the divide among top Republicans over how to navigate the party post-Trump. Unlike McConnell, House GOP Leader Kevin McCarthy went down to South Florida after the January 6 attack on the Capitol to meet with Trump and later proclaim unity with him in trying to take back the House in 2022.

But McCarthy leads a conference where a majority of members are strongly supportive of Trump -- unlike Senate Republicans, who are split over the former President and where some top leaders are eager to move past him and focus instead on uniting the party around ideas, not a person.