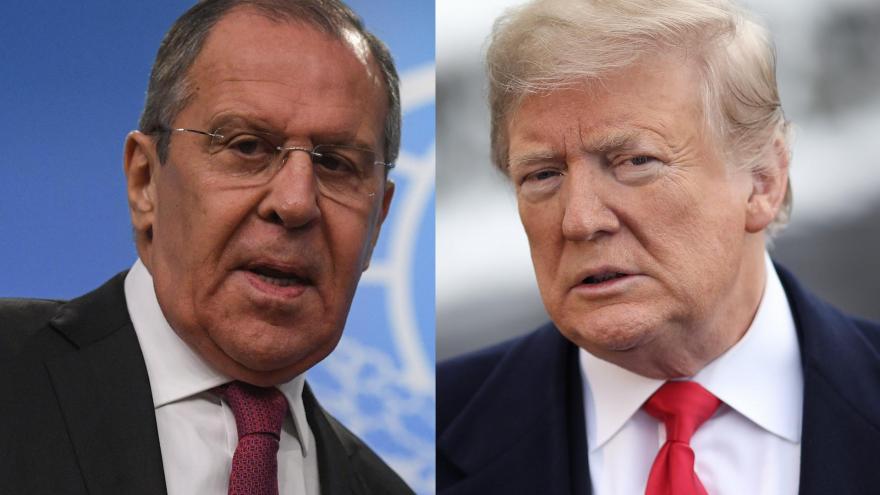 President Donald Trump is planning to meet with Russian Foreign Minister Sergei Lavrov in Washington, an encounter that is sure to draw significant scrutiny amid several ongoing controversies involving Trump and Russia.

(CNN) -- President Donald Trump is planning to meet with Russian Foreign Minister Sergei Lavrov on Tuesday in Washington, an encounter that is sure to draw significant scrutiny amid several ongoing controversies involving Trump and Russia.

Trump will meet with Lavrov alongside Secretary of State Mike Pompeo to discuss the state of their bilateral relationship, a senior administration official told CNN. The State Department had previously announced that Lavrov would travel to Washington this week for meetings with Pompeo to "discuss a broad range of regional and bilateral issues."

Lavrov's last official visit to Washington in May 2017 was notable because Trump reportedly shared highly classified information in the Oval Office with the foreign minister and then-Russian Ambassador to the US Sergey Kislyak.

This week's meeting will take place amid the backdrop of Democrats' ongoing impeachment inquiry, which centers on whether Trump withheld military aid to Ukraine -- at a time when it has been fighting Russian aggression -- in exchange for political dirt to aid his reelection bid. And on Monday, a highly anticipated report into the early days of the Russia investigation is set to be released.

Trump has striven to improve relations between Washington and Moscow during his time in office, but he's often been pushed to punish the Russian government for conducting destabilizing actions around the world. In August, Trump imposed long-overdue, legally mandated sanctions on Russia for its poisoning of an ex-spy in the United Kingdom.

Lavrov, in turn, also has accused the US of destabilizing the world, airing a list of grievances during a press conference last year over the Trump administration's foreign policy, particularly in regard to Iran and North Korea.