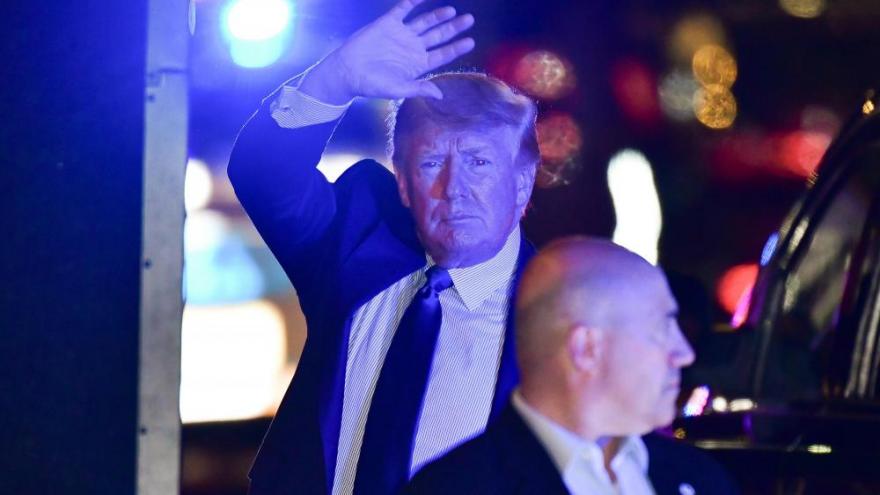 (CNN) -- Former President Donald Trump answered questions under oath for about 4 1/2 hours Monday as part of a lawsuit brought by men alleging they were assaulted by his security during a demonstration outside Trump Tower in 2015, a lawyer for the plaintiffs said.

"We examined Mr. Trump on a variety of issues including statements he has made at various campaign events and rallies that counsel believes encouraged violence at those events or encouraged security guards to engage in violence or the confiscation of property," said Benjamin Dictor, attorney for the men who filed the 2015 lawsuit.

Dictor declined to characterize Trump's testimony or answer whether he believed it to be truthful.

Trump's deposition was several years in the making. A New York judge first ordered Trump's videotaped deposition in 2019 but it was paused while Trump was in the White House.

The case centers around a lawsuit filed in 2015 by a group self-described as "human rights activists of Mexican origin" who were protesting Trump's rhetoric on immigration in front of Trump Tower in September of that year.

The men allege that Trump's then-head of security, Keith Schiller, hit one of the protesters, Efrain Galicia, in the head after Galicia tried to stop Schiller from taking their large cardboard signs, which read, "Trump: Make America Racist Again."

The lawsuit alleges that when Galicia tried to hold onto one of the signs, Schiller ripped it away from him, tearing it to pieces. Lawyers for the plaintiffs wanted to question Trump to discern whether he was responsible for his employees' conduct outside Trump Tower that day.

Dictor called Monday's testimony a victory for the rule of law.

"What I can say about what transpired in this building today is that there was demonstration that our processes, our legal processes still work. The judicial system still works. No one is above the law. Donald John Trump sat in a chair, put his right hand up and he took an oath, he took an oath to tell the truth. And nothing but the truth. And he answered questions for several hours with his counsel present and that is part of what we call due process in this country," Dictor said.

"And maybe some of us forget that that applies to everyone, in the course of the last several years but I think today serves as a demonstration that our institutions are intact and the rule of law is supreme above all else in this country," he added.

In a statement, the former President called the deposition "harassment."

Earlier this month, the former President was ordered by another New York judge to answer questions under oath by December 23 in the defamation lawsuit brought by former "The Apprentice" contestant Summer Zervos. Zervos accused Trump of defamation when he denied her allegations of sexual assault. Trump has denied the assault.

This story has been updated with a response from Trump.