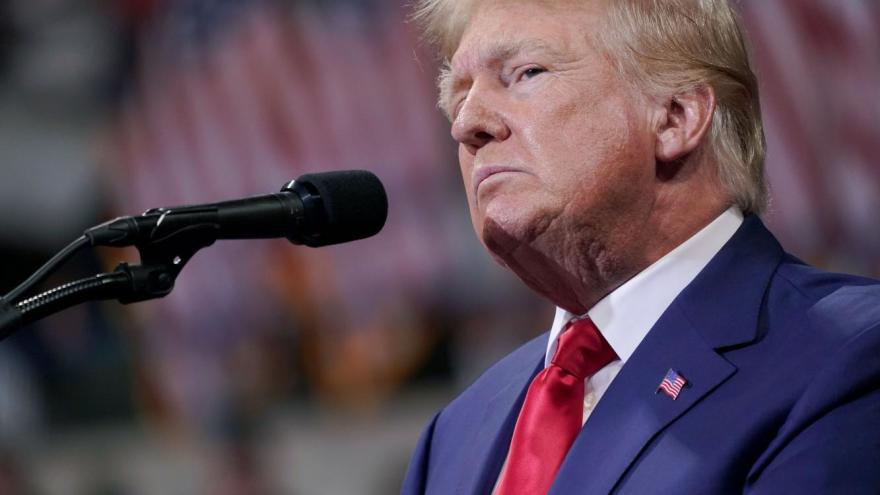 (CNN) -- A former top official in the Trump White House counsel's office told the National Archives last fall that, according to former White House chief of staff Mark Meadows, there were only 12 boxes of records at Mar-a-Lago and they were just filled with newspaper clippings, a source familiar with the matter told CNN.

The Archives was following up on information from the White House Office of Records Management that there were about two dozen boxes in the residence, according to the source.

There was a back and forth in September 2021 between the Archives' chief counsel, Gary Stern, and former White House deputy counsel Pat Philbin, who was also a designee for the Archives regarding the Trump records, according to the source. The source said that the engagement was part of the ongoing process of getting the boxes back.

Stern asked Philbin about the records. Philbin asked Meadows and relayed to the Archives that Meadows said there were only 12 boxes, that they were just filled with newspaper clippings and that Meadows had assured him that no documents had been destroyed.

Stern then reiterated to Philbin that the Archives had information that there were more than 12 boxes, that it had a list of missing documents, and to please keep looking.

Stern made clear that "we need you to keep looking," said the source familiar with the conversation, adding that the Archives "believed there were about 24 boxes."

Stern memorialized his conversation with Philbin in an internal email. That email provides the Justice Department with real-time contemporaneous notes of what Trump's team was telling the Archives.

Philbin also relayed to the Archives that Meadows had said they were not aware of any other boxes.

Philbin has contended he was unaware of the contents of the boxes or that there was classified material inside, according to a person familiar with the matter.

The source tells CNN the National Archives saw the exchange as part the prolonged effort to get former President Donald Trump to send presidential records to the Archives from Mar-a-Lago. The exchanges were first reported by The Washington Post on Friday.

Ultimately, many more than 40 boxes were found at Mar-a-Lago containing documents with classified markings and presidential records.

As CNN has previously reported, Meadows has also engaged in efforts to get Trump to return documents to the National Archives since last year. Meadows is one of Trump's designees to the Archives, and he became involved in the summer of 2021 after being contacted by Philbin.

While he was at Mar-a-Lago last summer, Meadows talked with Trump about the documents that the Archives was seeking to have returned, sources said. Meadows continued to work with the Archives in its efforts to recover documents since then, according to the sources.

"Mr. Meadows did not personally review the boxes at Mar A Lago and did not have a role in examining or verifying what was or wasn't contained within them," Meadows' spokesperson Ben Williamson told CNN.

Philbin did not provide comment when asked by CNN. The Archives has not responded to CNN's request for comment.