Trump suggests his supporters vote in another Democratic primary, this time in South Carolina 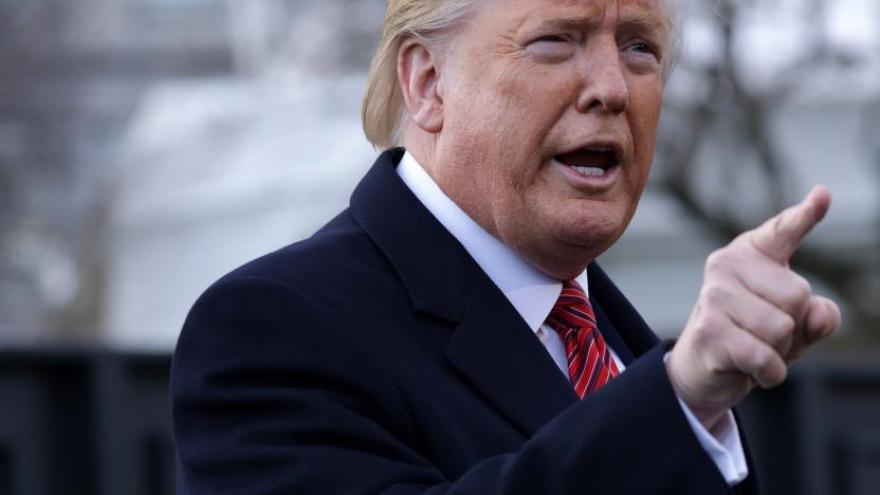 "By the way, the Republicans allowed to vote in the -- are you ready?" he said to cheers from a crowd of supporters at a rally in North Charleston, South Carolina.

"Are you ready? Let's do it together," Trump said, going on to say that he "(assumed) this is OK from a campaign finance standpoint."

"First we have to figure out who would be the weakest candidate, and then if it's legal -- if it's permissible by law," the President said, railing against legal "booby traps" that he said punish Republicans disproportionately.

"Are we allowed to tell them who we would like you to vote for? So let's do a poll -- we do this for the fake news there," he said.

Trump proceeded to cast a poll -- judged by crowd noise -- by listing off Democratic candidates. One by one he ran through the field, though notably skipping former South Bend, Indiana, Mayor Pete Buttigieg, asking the crowd who they would most like to see him run against in a general election.

The loudest cheers were overwhelmingly for Sanders.

It's not the first time the President has suggested his supporters get involved in a Democratic primary in order to benefit him politically.

In a campaign rally just before the New Hampshire primary on February 10, Trump suggested his supporters vote for the "weakest candidate."

"I hear a lot of Republicans tomorrow will vote for the weakest candidate possible," Trump said during the rally in Manchester, New Hampshire.

Unlike in the Granite State, where voters who register as Republicans or Democrats must vote in their party's primary, South Carolina has an open primary system and Republicans are not holding their own contest on Saturday. That allows people who are registered Republicans to cast ballots in the Democratic contest.

The Palmetto State has been the focus of "Operation Chaos": an attempt by some conservatives in the state to disrupt the Democratic primary by voting in the contest, with the goal of injecting uncertainty into the party's presidential nominating process.

The decentralized effort isn't ideologically driven; instead, many of the activists involved see it as an opportunity to get back at Democrats in the state, who they claim have been voting in GOP primaries for years and skewing results. Organizers who are relying mostly on social media and news stories to get the word out about their effort say it's not clear how many Republicans will ultimately participate or if there will be enough to influence the election.

The South Carolina Republican Party says it isn't endorsing the grassroots effort, and maintains it isn't involved in mobilizing Republican voters to turn out to influence the Democratic primary.

Trump was the intended target of a similar effort in 2016, with so-called "Never Trump" Republicans encouraging Democrats to vote for then-Ohio Gov. John Kasich or Sen. Ted Cruz of Texas in GOP primaries.