Trump sues Hillary Clinton, DNC and others, alleging conspiracy to link his campaign to Russia 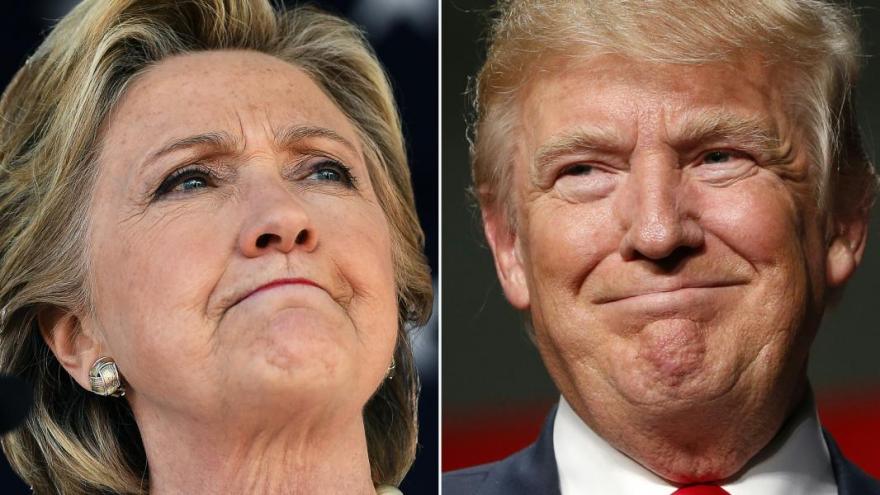 Former President Donald Trump filed a sprawling federal lawsuit on March 24 against Hillary Clinton and people allegedly involved with opposition research in 2016, accusing them of conspiring to vilify the then-Republican presidential candidate and cripple his campaign.

(CNN) -- Former President Donald Trump filed a sprawling federal lawsuit on Thursday against Hillary Clinton, the Democratic National Committee and 26 other people and entities that he claims conspired to undermine his 2016 campaign by falsely tying him to Russia.

The lawsuit names a wide cast of characters that Trump has accused for years of orchestrating a "deep state" conspiracy against him -- including former FBI Director James Comey and other FBI officials, the retired British spy Christopher Steele and his associates, and a handful of Clinton campaign advisers.

"Under the guise of 'opposition research,' 'data analytics,' and other political stratagems, the Defendants nefariously sought to sway the public's trust," says the lawsuit, filed in federal court in Florida. "They worked together with a single, self-serving purpose: to vilify Donald J. Trump."

Over 108 pages, the lawsuit rails against many of Trump's political opponents and highlights the grievances that he has complained about for years. It claims Democrats and government officials perpetrated a grab bag of offenses, from a racketeering conspiracy to a malicious prosecution, computer fraud and theft of secret internet data. The lawsuit asks for more than $24 million in costs and damages.

The suit also contains some factual inaccuracies and some of the same grandiose or exaggerated false claims that Trump has made dozens of times.

The civil suit alleges that Clinton and top Democrats hired lawyers and researchers to fabricate information tying Trump to Russia, and then peddled those lies to the media and to the US government, in hopes of hobbling his chances of winning in 2016. Trump claims they were assisted by "Clinton loyalists" at the FBI, who abused their powers to investigate him out of political animus.

John Podesta, the chairman of Clinton's 2016 campaign and one of the lawsuit's defendants, tweeted that part of the suit might be a "hoot."

"Do you think Trump filed this case with the hope of calling Vladimir Putin as a character witness? Trump deposition ought to be a hoot," Podesta wrote.

CNN has reached out to many of the defendants for comment. Some attorneys for defendants named in the lawsuit were still digesting it on Thursday.

"We haven't had a chance to read the complaint, but knowing the former President, there's probably very little in there that's true," said Aitan Goelman, who represents former FBI official Peter Strzok.

The Clinton campaign did pay researchers to dig up dirt about Trump and Russia, and well-connected Democrats took some of their findings to law enforcement, believing possible ties between Trump and Russia were worth investigating But many of the key elements of Trump's far-reaching accusations in the lawsuit have previously been debunked by the Justice Department inspector general and by a bipartisan report from the Senate Intelligence Committee.

Special counsel John Durham, for the past three years, has been investigating a lot of the conduct that Trump mentions in his lawsuit. Durham has not gone as far as what Trump claims.

Durham has filed criminal charges against three of the defendants whom Trump sued on Thursday. Durham secured a guilty plea from former low-level FBI lawyer Kevin Clinesmith, who admitted to altering an email supporting a surveillance warrant against a former Trump campaign aide who had extensive connections to Russian agents.

Durham also accused Clinton campaign attorney Michael Sussmann of lying to the FBI about who he was representing during a fall 2016 meeting about the Trump-Russia connections. Durham alleges Sussmann was secretly taking suspicions about Trump to the FBI as part of his work for Democrats, including Clinton. And Durham also charged Steele's primary source of information for his infamous dossier, Igor Danchenko, with lying to the FBI in 2017 about his contacts related to the dossier. Both Sussmann and Danchenko are fighting the charges.

Trump's lawsuit claims that Clinton and the other defendants conspired to trigger an "unfounded investigation" by the FBI into potential Trump-Russia collusion in the 2016 election. Multiple federal judges upheld the legality of that investigation, which was later taken over by special counsel Robert Mueller and uncovered dozens of connections between Trump associates and Russian officials.

The investigation established that Russia intervened in the 2016 election to help Trump win, through a hack-and-leak operation against Clinton, and with a sophisticated disinformation campaign targeting US voters on social media. The probe also found that Trump's campaign sought to capitalize on Russia's interference, though it did not establish a criminal conspiracy between Trump aides and any Russians.

Some legal experts quickly weighed in on Trump's lawsuit Thursday, dismissing it as a meritless political stunt.

Carter Page, a former Trump presidential campaign adviser, also sued some of same people Trump named as defendants on Thursday, but his lawsuit is more narrowly focused around having his privacy rights violated when he was surveilled by the FBI in the Russia investigation.