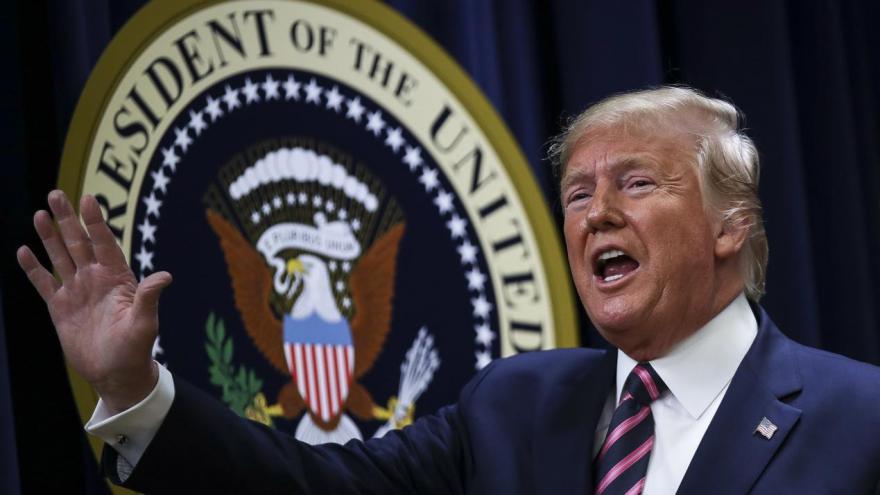 President Donald Trump has signed a bill that increases fines on criminal robocall violations and cracks down on companies making the calls, as part of a federal push against telephone scammers.

(CNN) -- President Donald Trump signed a bill on Monday that increases fines on criminal robocall violations and cracks down on companies making the calls, as part of a federal push against telephone scammers.

"This historic legislation will provide American consumers with even greater protection against annoying unsolicited robocalls," the White House Office of the Press Secretary said of the TRACED Act. "American families deserve control over their communications, and this legislation will update our laws and regulations to stiffen penalties, increase transparency, and enhance government collaboration to stop unwanted solicitation."

The move comes as part of crackdown against the targeting companies and individuals who have collectively placed more than 1 billion unwanted calls for financial schemes and other services. Monday's bill, which passed in the Senate in May and the House earlier this month, came following the Federal Communications Commission's announcement of a nationwide crackdown on illegal robocalls in June.

The legislation imposes stiffer fines of as much as $10,000 per call on robocallers who knowingly flout the rules on calls and instructs the FCC to develop further regulations that could shield consumers from unwanted calls.

It will also accelerate the rollout of so-called "call authentication" technologies the industry is currently developing, which could cut down on the number of calls coming from unverified numbers.

Sen. John Thune, a South Dakota Republican and cosponsor of the bill, pointed to its bipartisan support in a statement earlier this month anticipating the President's signature.

"I have yet to meet someone who says they enjoy receiving those unwanted and illegal robocalls that plague our phones, whether we're at home, at work, or in the car, which is why the TRACED Act takes several important steps in the fight to curb this scourge," he said. He called the measure "a significant win for consumers in every corner of the country, and it finally and officially puts illegal robocallers on notice."

Massachusetts Democratic Sen. Ed Markey said that, by passing the legislation, the Senate "sent Americans a holiday gift on everyone's list: stopping the plague of robocalls."

"The annoying and harassing robocalls we receive every day are neither a Democrat nor Republican menace; they are a universal menace," he added.

The law isn't the only measure being taken to target the calls. The FCC voted in June to give wireless carriers like Verizon the green light to block unwanted robocalls automatically for all customers. In August, 12 of the nation's largest telecommunications companies and attorneys general from all 50 states plus Washington, DC, announced a voluntary agreement to prevent and punish illegal robocallers.