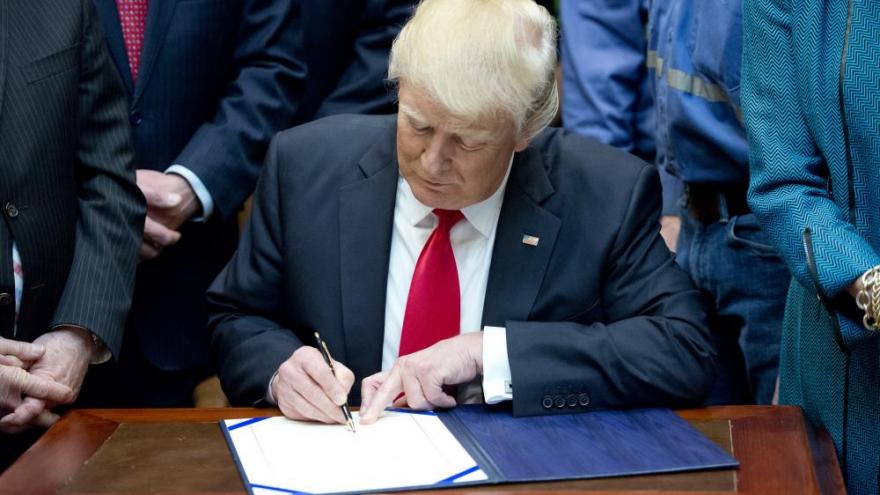 The order creates a new position within the domestic policy council that will be "solely devoted to combat human trafficking."

The position has not yet been filled but an administration official told reporters prior to the event that there is "no doubt that we will pick someone very good for the position."

"We've got a lot of interest in it with a lot of different areas of expertise. But we're not prepared to announce a name right now," the official said.

The effort has been spearheaded in large part by Ivanka Trump, the President's daughter and top adviser, who has made human trafficking one of her initiatives.

She delivered opening remarks at the two-hour summit at the White House Friday focused on the issue. The President also attended and made remarks, as well as survivors of human trafficking, Vice President Mike Pence and Attorney General William Barr.

The order is the latest effort by the administration to curb human trafficking. Since taking office, the President has signed into law measures aimed at ending online sex and trafficking and held listening sessions with survivors and advocates at the White House alongside Ivanka Trump.

The order also calls for the State Department to create a government website for resources on combating human trafficking, including public outreach and training.

"We think this will be a great resource for victims, they'll have one place they can go to see what help they can receive but also law enforcement and nonprofits," an official told reporters.

The order also calls on federal agencies to work on recovery and prevention programs focused on human trafficking and child protection.