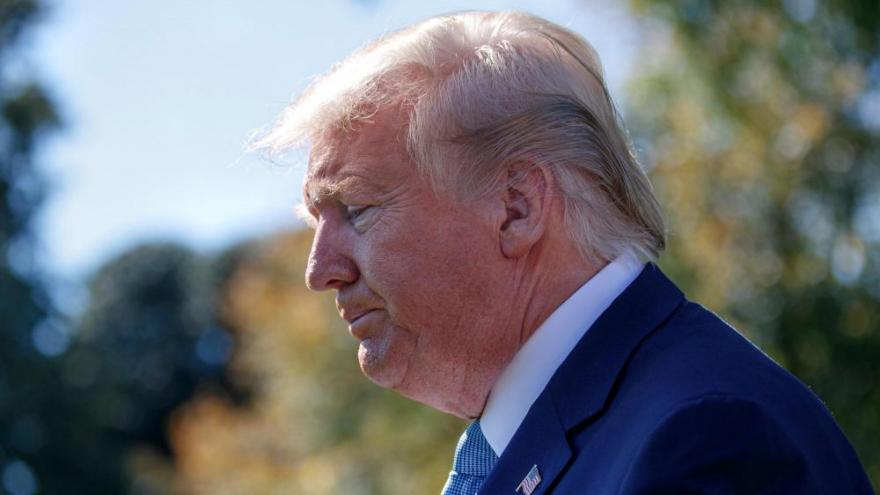 During a speech on American energy in Pittsburgh on October 23, 2019, President Donald Trump ticked through his usual issues before making a remark about his long-promised border wall.

(CNN) -- During a speech on American energy in Pittsburgh on Wednesday, President Donald Trump ticked through his usual issues before making an unusual remark about his long-promised border wall.

Colorado, located directly north of New Mexico, is not on the US-Mexico border.

The President later tweeted that he was joking and playing to the audience.

Last week, the Republican-controlled Senate failed to overturn the national emergency declaration the President has used to pay for a wall on the US-Mexico border, a signature 2016 campaign promise. The Pentagon moved in September to divert $3.6 billion of military construction funding from 127 projects around the world to pay for 11 wall projects on the US southern border -- a move that elicited anger from several lawmakers.

Trump announced the national emergency in February after failing to persuade Congress to appropriate additional funding for the wall. Congress then rejected it and Trump responded with his first veto. By law, Congress can try to block the declaration every six months but has failed so far to override the President's decree.